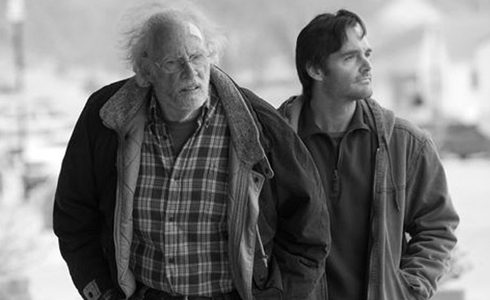 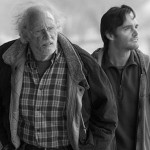 Alexander Payne, in his comedy-drama Nebraska, paints a picture of a decaying rural America, one that has become a spiritual and economic wasteland for the few that remain. Its empty streets, boarded up storefronts and the few businesses left cater to an elderly population that seems to care nothing about improving the quality of their life. Winner of the Best Actor Award for 77-year-old Bruce Dern at the Cannes Film Festival and nominated for six Independent Spirit Awards, Nebraska is a strange mixture of charm and despair. While the film includes people who express their love and support, the main protagonists are confused and declining old people, argumentative and negative families, and boring, uncultured Midwesterners.

Woody Grant (Bruce Dern) is the grumpy old man with declining faculties in the latest version of the doddering curmudgeon type that movies seem to think defines old people. As the film opens in Billings, Montana, the alcoholic Woody is taken into custody by a police officer after he is seen sauntering down the freeway. We soon find out that Woody is under the false impression that he has just won a million dollars after receiving a notice in the mail sent to lure gullible folks into buying magazine subscriptions. To collect his winnings, he is walking to Lincoln, Nebraska, telling his son David (Will Forte), that he’s not “trusting the mail with one million dollars!”

Filmed in black and white and set to a “down-home” guitar score by Mark Orton, Woody seems to parallel the director’s experience with his own father. “I think many of us,” he said, “have experiences with fathers who . . . are loving, they are nice, but somehow they’re on another planet.” Woody, however, in the view of his son David and his wife Kate (June Squibb), is neither loving nor nice but stubborn, mostly distant and uncaring and, yes, definitely on another planet. Though David repeatedly tells his father that the million dollar certificate is a scam, Woody insists on going to Lincoln and David, who has just broken up with his girlfriend, takes some time off from his job as an electronics salesman to drive him, hoping to bond and erase the bad feelings that have surfaced over the years.

The abrasive Kate is against the idea and calls Woody an idiot, one of many acidic tirades she launches against him that come across more like self pity than tough love. Along with David’s brother Ross (Bob Odenkirk), a TV newscaster in Billings, she wants to put Woody in a nursing home but David strenuously objects. The heart of Nebraska is David and Woody’s visit to relatives and old friends in the fictional town of Hawthorne, Nebraska where Woody was born. There’s not much aliveness in Hawthorne and in an iconic shot, two heavy-set brothers (Tim Driscoll and Devin Ratray), and other family members sit on a sofa drinking beer and staring at the TV without talking or showing any expression.

The brothers have a good laugh ridiculing David for taking two days to drive to Hawthorne from Billings, a put-down to which David does not respond. Word soon gets around that the old man has won a million dollars. It doesn’t take long for everyone, especially Woody’s former business partner Ed Pegram (Stacy Keach), to suddenly recall the money that Woody allegedly owes them and line up to put in their bids for some of his millions. The only one that doesn’t have their mind on money is Woody’s childhood sweetheart Peg (Angels McEwan), whose warm and loving presence seems to have caught the sourpuss scriptwriters off guard. 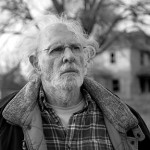 A very funny scene in which the brothers try to steal a missing air compressor is offset by a scene notable for its caustic irrelevance. As the family visits the cemetery to pay their respects to deceased family members, Payne scrapes the bottom of the barrel by turning the visit into a vitriolic gossip-fest by the ever-loving Kate. Without question, Nebraska is marked by convincing performances that will most likely be recognized by the Oscars and the film has moments that are truly tender and very affecting, yet the overall thrust of the film is so negative that I lost interest in what happens to the characters.

It is one thing to show economic blight, small-town ignorance, and damaged family relationships, but if the characters are not believable as real human beings, the statement loses whatever appeal or impact it might have had. While much of Nebraska is funny, it also has its mean-spirited aspect. In this age of political correctness, if the elderly were portrayed as a high percentage of them truly are: Creative, energetic, loving, and compassionate, Hollywood scriptwriters would have no one left to get cheap laughs from. 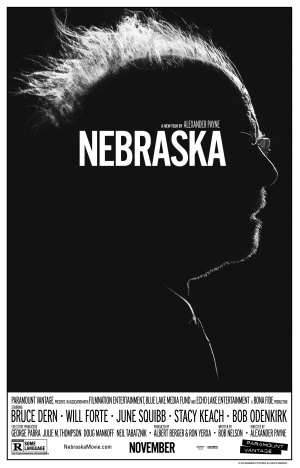