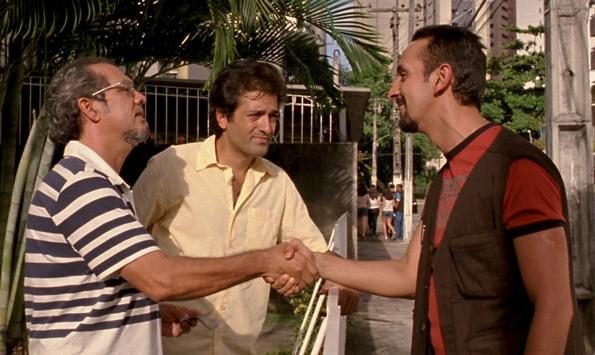 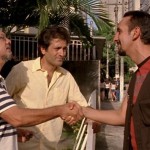 Sounds punctuate the neighborhood in Kleber Filho’s exhilarating Neighboring Sounds (Brazilian title, O som ao redor): A dog barks incessantly, street vendors blast their stereos, the noise of TVs reverberate through the streets, a vacuum cleaner rumbles, a washing machine vibrates, and a car sideswipes another. Neighboring Sounds employs a wealth of cinematography and sound to chronicle the anxiety that permeates a middle-class street in Recife, Brazil’s fifth largest city. Winner of the FIPRECI Prize at the Rotterdam Film Festival and four major awards at the Gramado Film Festival in Brazil, the film appears to be a typical crime drama but becomes a mix of the existential ennui of Antonioni and the paranoia of David Lynch.

Antonioni’s own characterization of his 1960 masterpiece, “L’Avventura,” is a good fit for Filho’s first feature, “Nothing,” he said, “appears as it should in a world where nothing is certain. The only thing certain is the existence of a secret violence that makes everything uncertain.” Unlike many Brazilian films, this is not about favelas or drugs, but about the uneasy divide between a growing middle-class and their help living side-by-side in a crowded urban setting. Scenes are framed behind fences and grated doors to suggest maximum isolation, a suggestion that in today’s Brazilian urban areas, a melting pot is built out of necessity, not of choice.

The film opens with a montage of black and white photos of workers in a sugarcane plantation peering into the camera with tools raised, and sweat accumulating on their faces from slaving in the fields in the heat of the day. The weary faces suddenly melt into the shot of a young girl on rollerblades in a parking lot surrounded by tall white-walled condos. Like Lucretia Martel’s “La Cienaga,” Neighboring Sounds unfolds in a series of small incidents that convey an atmosphere of encroaching claustrophobia. Pointing to the local power structures that rule the streets, the block is run by the local “don,” Francisco (W. J. Solha), a wealthy landlord with a questionable past. João (Gustavo Jahn), Francisco’s grandson, is a real estate agent for the family who has established a promising relationship with Sofia (Irma Brown). 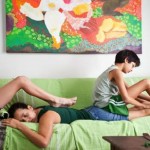 Accumulated incidents shape the film’s message. João and Sofia are caught naked in their living room by the arriving housemaid Maria (Mauricéa Conceicão) who makes light of the incident, engaging in conversation with João and Sofia in the confining space of his kitchen. Bia (Maeve Jinkins), another nearby resident trying to raise two small children, is consumed by managing her domestic help, organizing English and Mandarin lessons for her young children, while drugging the neighbor’s dog, amusing herself by smoking pot delivered to her by a drug-dealing water delivery man, and masturbating to the whir of the washing machine. Meanwhile, Sofia tells João that her CD player has been stolen from her car and asks for help to get it returned.

João immediately suspects his cousin Dinho (Yuri Holanda), a layabout who is used to getting what he wants and reacts aggressively when confronted. Sparked by the car theft and other recent incidents on the block, João hires a security patrol manned by Clodoaldo (Irandhir Santos) to oversee the neighborhood’s safety. Though the residents of the block are relatively well off, they need more and more security but even then, do not feel safe in a country where there is a large disparity between rich and poor. The security patrol is ostensibly there to ensure the neighbor’s safety, but accomplishes the very opposite when their true motives are revealed. As the accumulation of tension explodes in an illuminating burst of sound, the world ends not with a whimper but with a bang. 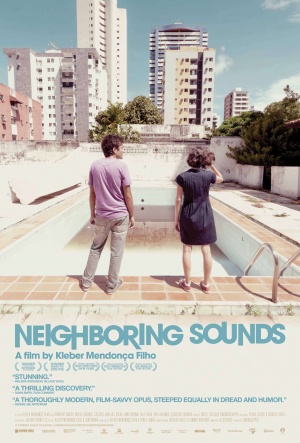