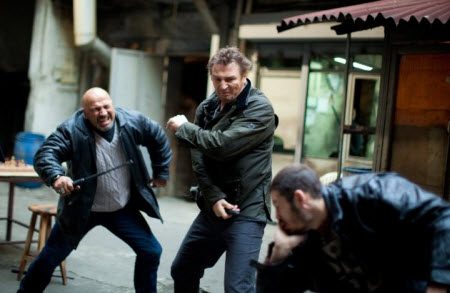 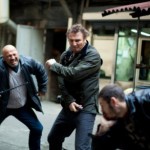 In 2008 audiences were wowed by ex-CIA operative Bryan Mills’ (Liam Neeson) skills in “Taken” as he put them to good use rescuing his daughter Kim (Maggie Grace) who had been snatched whilst on a holiday in Paris by Albanian gangsters. In Taken 2 it’s now a year or so on and Mills is called upon to put those savant-esque skills to use yet again — relatives of the gangsters are back to seek revenge for the loss of those that stood between Mills and his daughter.

Essentially Taken 2 is a flip-reverse of the first film. Instead of Mills hunting after human traffickers to get his daughter and her virginity back, the gangsters are tasked with tracking and chasing Mills, Kim and his ex-wife through picturesque Istanbul where they are on holiday. And whereas the original was very serious in nature, this sequel is, more often than not, quite tongue in cheek (even if not always intentional). The lessening of the drama was a smart move on director Olivier Megaton’s part; using Mills’ legendary skills and his overbearing love for his daughter as a source of “comedy” separates the films just enough so viewers won’t see the second installment as the simple rehash it really is.

What is unabashedly rehashed, though, is the fast pace that keeps audiences glued to the edge of their seats and the violent justice meted out by Mills that causes audiences to wince.

Liam Neeson has definitely reinvented himself as an action hero and thankfully he’s good at it. His ability to make viewers believe he can single-handedly beat the snot from mobs of “baddies” intent on harming him and his family is the big draw. There’s a sense of satisfaction watching justice get delivered so meticulously and over-the-top even though Megaton’s frantic camera work is often a hindrance and many of the premises drafted up by Luc Besson and Robert Mark Kamen defy logic. 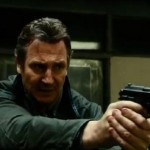 Neeson isn’t alone to carry the film, though. Maggie Grace plays a more intrinsic role in Taken 2 as it’s now daughter Kim’s turn to do a sizable chunk of the saving (Mills, along with his wife, is also taken). She more than cuts the mustard as a tough teen despite probably being a little too old for the role. Famke Janssen on the other hand doesn’t fare so well, unfortunately. Her portrayal of Mills’ ex-wife, Lenore, is slightly on the cheesy, damsel-in-distress side and her character is severely underwritten.

As for the Euro sex-slavers, we never really get to learn anything about them, other than there are lots and lots of them available to be killed. Their kingpin, Murad (Rade Serbedzija), makes for a good sleazebag but really anyone could have been substituted in with similar results.

All in all, Taken 2 is sadly underwhelming in light of how unexpectedly brilliant the first film was. The paper thin plot suffers greatly from believability issues (these criminals are literally the dumbest criminals on Earth) dampening all sense of danger — we know precisely how every encounter is going to end well before the encounter even begins. Plenty of entertaining thrills are still to be had at the hands of Mills which is probably reason enough to give a look-see, but one has to question whether these skills will be enough to float a Taken 3 when it invariably gets green-lit. 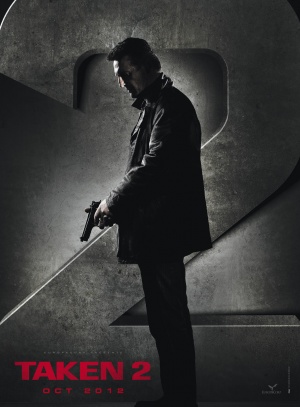