The great African-American poet Langston Hughes in his poem, “As I Grew Older” asks us to help him find his dream. “Help me to shatter this darkness,” he asks “to smash this night, to break this shadow into a thousand lights of sun, into a thousand whirling dreams of sun.” Though for many minorities, the thousand lights of sun are still a whirling dream, what it took to begin to break that shadow is movingly depicted in Ava DuVernay’s Selma, a dramatization of the campaign in Selma, Alabama to end discrimination against African-American’s right to vote, a right guaranteed by the constitution.

The protests, led by the reverend Dr. Martin Luther King Jr. (David Oyelowo, “Interstellar”), a Nobel Peace Prize laureate who embraced nonviolence to combat violent segregationists, became one of the major turning points in the Civil Rights Movement. Written by Paul Webb with input from the director, the film shows King as both a practical strategist with the Southern Christian Leadership Conference and a gifted orator. Thankfully, DuVernay does not try to sanitize him but shows him as a fierce opponent of the status quo who was willing to engage in confrontations with FBI Director J. Edgar Hoover, President Johnson, and Alabama Governor George Wallace to further his goals.

Like Steven Spielberg’s “Lincoln,” Selma focuses on a specific period in King’s life, the months in which he led highly publicized marches from Selma to Montgomery. After accepting the Nobel Peace Prize in Oslo, a speech in which he referred to the 1963 bombing that killed four children attending church in Birmingham (shown in flashback), King brought his movement to Selma, Alabama in January, 1965. Although the Civil Rights Act was passed in 1964 outlawing discrimination, the practice of denying blacks the right to vote was still widespread in the South, demonstrated by showing Annie Lee Cooper (Oprah Winfrey, “The Butler”) being subjected to absurd questioning in order to qualify, such as asking her to name all of Alabama’s 67 judges.

Though the registration campaign conducted by the Student Non-Violent Coordinating Committee (SNCC) led by John Lewis (Stephan James) and James Forman (Trai Byers) was gaining momentum, it still had little success and King believed that the situation called for the kind of direct action that would capture media attention. On March 7, 1965, Hosea Williams (Wendell Pierce) of the SCLC and John Lewis led a march of 600 people to walk the 54 miles from Selma to the state capital in Montgomery (King was not present). Only six blocks into the march, at the Edmund Pettis Bridge, state troopers and local police led by Sheriff Jim Clark attacked the peaceful demonstrators with clubs, tear gas, and bull whips, an ugly scene witnessed by the entire country. 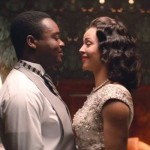 The beatings, though brutal, are shown discreetly, as is the depiction of the shooting death of young protestor Jimmie Lee Jackson (Keith Stanfield) by an Alabama state trooper and that of James Reeb (Jeremy Strong), a Boston clergyman, murdered by white racists. Though the marchers made a second attempt to cross the bridge, this time with both white and black supporters who came from all parts of the country, it was aborted by Dr. King who feared more violence, even though the police had cleared a path for the marchers. In the face of angry criticism, King said that he would rather that people hated him than be beaten or killed.

The film also shows King in consultation with President Lyndon Johnson (Tom Wilkinson, “The Grand Budapest Hotel”) to help push through voting rights legislation. DuVernay has been criticized by former Johnson associates of attempting to falsify the full extent of Johnson’s cooperation, but, in response, the director points to an article by Louis Menand in the New Yorker. In that article, Menand said that though Johnson had directed his Attorney General to prepare a tough voting rights act, he waited, worried that more civil rights legislation would endanger support for the War on Poverty and divert his attention from the then escalating Vietnam War.

Johnson eventually decided that the time was right and is generally portrayed as a reasonable man who saw the error of his ways, a dubious proposition since Johnson was a life-long segregationist who, as Vice President, opposed Kennedy’s civil rights agenda and repeatedly cautioned President Kennedy to wait “until the time is right.” Likewise, his response to Dr. King’s 1967 speech opposing the Vietnam War is unprintable. To its credit, however, the film does not hesitate to call out Hoover who, with LBJ’s approval, attempted to silence Dr. King through wiretaps and anonymous phone calls to his wife Coretta Scott King (Carmen Ejogo, “The Purge: Anarchy”), describing her husband’s infidelities.”

Selma is a welcome breakthrough in its candid depiction of the Civil Rights Movement, a subject mostly avoided for fifty years. The British actor Oyelowo delivers a convincing performance, one in which he clearly mastered the inflections of Dr. King’s speech, though no actor can truly provide more than a shadow of the spiritual power of the man. While the dialogue at times sounds more like speechifying than natural conversation, Selma is a strong film that sends a clear message to a new generation about what standing up against intimidation in any form is all about. It is a passionate work about a towering figure who left an enduring legacy, but one that, as recent events in Ferguson, Cleveland, and New York may indicate, is sadly still short of completion. 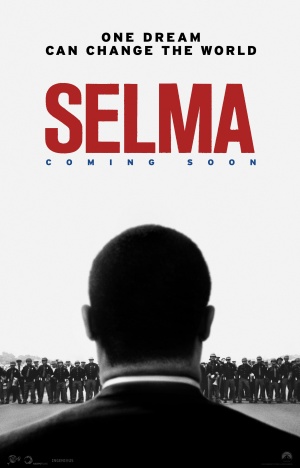