There is a sub-genre of the war film that focuses on those away from combat. These films do not display the horrors of warfare or the camaraderie of men under fire, but instead the dramas of those left behind or serving their country behind the lines. Such a film is Testament of Youth, based on the memoir by Vera Brittain. It charts five years in the life of the young Vera, played with brittle resolve by Alicia Vikander, recounting her life before, during and immediately after the Great War. Along the way, we see her relationships with her parents, played with stiff British reserve by Dominic West and Emily Watson, her brother Edward (Taron Egerton) and two potential suitors, Victor (Colin Morgan) and Roland (Kit Harington). The film also charts the shift in Vera’s priorities, as she pursues entrance into Oxford University and her ambition of becoming a writer, to her subsequent volunteering as a nurse during the War, stationed first in Britain and then in France.

The film opens at the end of the Great War in November 1918. Director James Kent opens on Vera’s face, a blank expression that gives little indication of the experiences behind her eyes. The film then cuts back to 1914 and the teenage Vera opposing her father’s expectation that she find a husband. This sets up an intriguing feminist tract within the film, as Vera’s commitment to a university education proves a major generational tension, frowned upon by her parents but actively encouraged by her brother and friends. Vera’s journey to Oxford to take the entrance exam is characterized as one of wonder and amazement, while her encounter with Miss Lorimer (Miranda Richardson) demonstrates the obstacles she will face once she enters higher education. Although the suffrage movement is mentioned and Roland’s mother (Anna Chancellor), a novelist and newspaper writer, is something of a role model for Vera, the protagonist’s intellectual, creative and professional goals receive little screentime. Instead, the viewer is treated to a well-behaved costume drama, complete with passionate romance between Vera and Roland, against the backdrop of World War I. As a romance Testament of Youth is moderately successful: Vera and Roland are a pleasant enough couple and the obstacles to their relationship, including social convention and the outbreak of war, allow for some touching and charming moments. 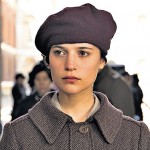 The problem is that Vera’s story is more than a romance: Her experiences go far beyond her relationship with Roland and intersect all too briefly with larger social changes of the time. It is perhaps unfair to criticize the plot of a film based on a memoir, because such a story recounts the experiences of the author. Nonetheless, Testament of Youth feels like a missed opportunity to explore the social and cultural issues of the period, especially from a woman’s perspective. Vera is onscreen for practically the entire movie, yet we rarely get a sense of her perception of the events around her. Kent keeps his protagonist impenetrable, her various interests mentioned but not expanded upon. She wants to be a writer but we learn nothing of her writing — what inspires her, what moves her, why she has this supposed passion that the film seems passionless about. Roland fares a little better, his poems providing some indication of his creativity that is damaged by his war experiences. But his poems are delivered as voiceover in flashback scenes that sink into cloying cliché, robbing them of their potential power.

This disempowerment plagues the entire film, as sequences that should be emotionally powerful are distant and unengaging, the film presenting the events rather than involving the viewer. There are several moments of immense grief where the film seems uncertain whether to express numbing shock or devastating loss, and ends up cutting between extreme close-ups of Vera’s face to similar close-ups of nearby objects. This editing goes some way to presenting the slowing down of time in a moment of great anguish, but does not allow the viewer access to this anguish, resulting in a lack of emotional engagement. Worse are Kent’s clumsy montages to present Vera’s memories of her loved ones, again cutting from close-ups of Vera’s face to slo-mo action of Roland, Victor and Edward running through forest paths or smiling and laughing. Without an eyeline match or juxtaposition of similar motion within different shots, these montages are clunky and obvious.

These sequences demonstrate the film’s central problem — Vera is swept up in events far beyond her control, but the film does not sweep the viewer into Vera’s story. The performances are universally accomplished, every actor embodying their character and convincing the viewer that they are in these situations. The cinematography is beautiful, director of photography Rob Hardy making great use of the Yorkshire and Oxford locations. Max Richter’s score is mournful and speaks of the loss suffered by this generation, so many of which died young. The period detail is precise and at all times the viewer can believe they are looking through a window in the early 20th century. But therein lies the problem — all we do is look through this window but never are we made to feel a part of it. The events and characters remain distant and untouchable, relics of a bygone era that, when presented like this, seems lost and unreachable. It is perfectly possible to make a period film of this sort and draw the viewer in, communicating the plight of the characters and allowing the audience to share their emotional experiences. Films similar to Testament of Youth that do achieve this include “Atonement” and “The English Patient,” as well as the television series “Parade’s End.” These stories focus on the domestic, non-military side of war, using the conflict as a backdrop much like Kent’s film. For all its handsome production values, Testament of Youth fails to make its subject matter really come alive, and ends up feeling too well behaved, too polite, and too “English.” 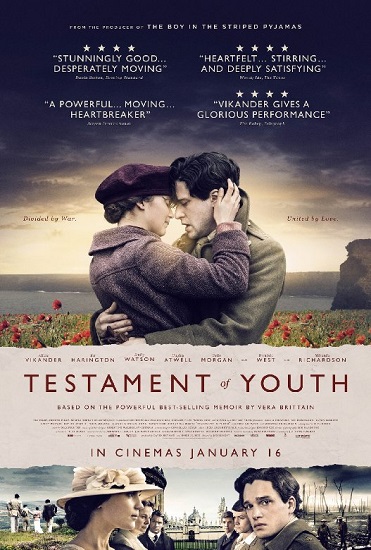