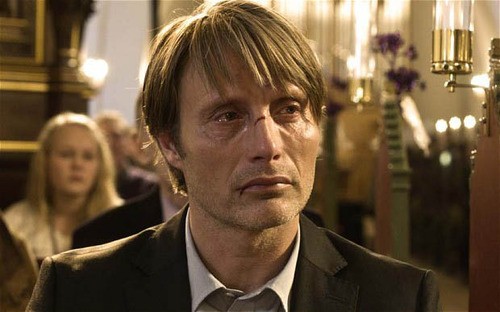 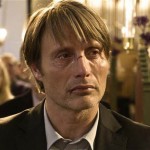 According to English Professor Jack Lynch, “Lies, once they are accepted as true, take on a life of their own, one that lasts long after the original falsehoods have been exposed.” The power of the continued acceptance of lies is reflected in Thomas Vinterberg’s The Hunt, a disturbing story of the false accusation of a kindergarten teacher of sexual abuse. It is an accusation that reveals the sordid underbelly of a small town, hidden beneath the veneer of middle-class civility. Written by Vinterberg and Tobias Lindholm, The Hunt is a thought-provoking drama that makes us aware both of the vigilance needed to protect our children from predators, and of the crucial importance of following the precept that an individual is innocent until proven guilty in a court of law.

Mads Mikkelsen is Lucas, a caring kindergarten teacher who has been recently divorced and shares custody of his teenage son, Marcus (Lasse Fogelstrom). He has a good relationship with his students, especially six-year-old Klara (Annika Wedderkopp), the daughter of his best friend Theo (Thomas Bo Larsen) and his wife Agnes (Anne Louise Hassing). Lucas walks her home from school when her parents are late in picking her up and she obviously likes him very much. In class one day, Klara kisses Lucas on the lips but is admonished by him that kissing on the lips is only for mum and dad. Sparked by seeing images on her bother’s iPod, she tells kindergarten head Grethe (Susse Wold) that she doesn’t like Lucas anymore because he has a “weenie.”

When Grethe tells her that this is normal because every man has one, Klara tells her that his was “straight and pointed.” The incident is forgotten about for a few days until Grethe realizes that “children never lie,” and begins questioning the little girl again, coming to the decision that sexual abuse has occurred and that some action must be taken. Though Klara now says that she cannot remember, her parents attribute her loss of memory to trying to forget what is uncomfortable. Calling a group of parents together, Grethe accuses Lucas before the parents, telling them the signs to watch out for in their own children. Slowly, the word gets around of widespread abuse at the school, though Lucas remains in the dark because Grethe refuses to give him any details about the accusations.

Word spreads by hearsay, gossip, and innuendo as a child psychologist, teachers, parents, and eventually the police are brought in, but no thorough investigation is ever conducted. Klara is questioned again (questions taken directly from the transcripts of actual police cases) and it is obvious she is a confused little girl who tells the adults what they want to hear. Vinterberg ratchets up the tension and we sense the world closing in on the embattled teacher. Though Lucas’ male friends in the community have a long-lasting bond, they break the ties of their close-knit group and turn against one of their own. 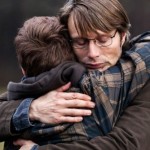 Lucas and Marcus are denied the right to shop in the local market even to the point of threats and violence, his best friend Theo rejects him, and even his girlfriend Nadja (Alkexandra Rapaport) asks him if he’s insane or sick. Lucas’ only friend is Marcus’ godfather, Bruun (Lars Ranthe), who soothes his friend’s psyche with black humor. After Lucas is arrested, a preliminary hearing rules that there is not enough evidence to hold him and he is released, but this does not stop the violence. A rock is tossed through his window and neighborhood thugs take out their aggression on his dog Fanny.

The Hunt is a harrowing experience that is not an easy film to watch, especially if the viewer has had past experience with the subject. The exceptional performances, however, make it easier to appreciate. They are not only from Mikkelson who won Best Actor at Cannes, but also from Fogelstrom as Lucas’ loving and supportive son, Ranthe who keeps Lucas afloat, and especially that of seven-year-old actress Annika Wedderkopp who is so angelic that we never turn against her even though we know she is lying. While some critics bemoan the fact that this kind of story has been told before, it has never been told like this, building with inexorable power from the warmth of small-town conviviality to a shocking picture of injustice and paranoia that hits us right in the solar plexus. 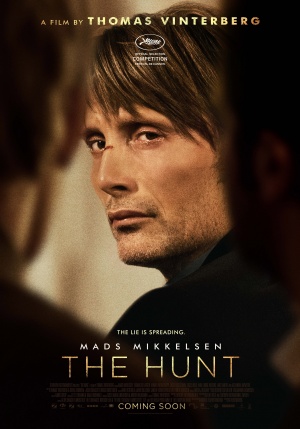