The Bye Bye Man begins on a sunny day in the late 1960s with a Wisconsin man asking acquaintances “who they’ve told.” Wielding a shotgun, he breaks down their front door, and apologizes profusely as he murders a husband and wife in cold blood. He then stalks across the street, chasing down a young woman and her mother, subjecting them to the same fate as their neighbors. For most of the ordeal, he frantically repeats to himself, “Don’t think it; don’t say it. Don’t think it; don’t say it.” At one point, he shouts, “I’m gonna stop you!!” in an open room where he’s the only living soul, and no other explanation is given.

The film then jumps to modern-day and we are introduced to Elliot (Douglas Smith, “Terminator Genisys”), his girlfriend Sasha (Cressida Bonas, “Doctor Thorne” TV series), and his long-time best friend John (Lucien Laviscount, “Between Two Worlds”) — university students who have rented a beautiful historical house for the semester. True to form, this old home comes complete with a poorly-lit basement, strange unexplained scraping noises in the night, and crawl-space storage areas in the bedroom on the top floor. Elliot discovers a spiral of writing in the drawer of his nightstand — “Don’t think it; don’t say it.” — and finds “The Bye Bye Man” scratched into the wood underneath.

Shortly thereafter, following a housewarming party, the roommates participate in a séance led by Sasha’s classmate, Kim (Jenna Kanell, “Terrifier”). After a few parlor tricks, she panics and begins impulsively repeating, “Don’t think it; don’t say it. Don’t think it; don’t say it.” In the days that follow, all four are plagued by paranoia, deteriorating health, and visions of a sinister cloaked figure in the shadows. Gradually, Elliot discovers they’re being haunted by a spirit that gets closer and closer when you say its name aloud, and desperately searches for a way to save himself and his friends from its evil clutches.

The Bye Bye Man is based on “The Bridge to Body Island,” a true-haunting story of some friends who, naturally, encountered a malevolent spirit through a Ouija board and were plagued by confusing and frightening visions. While there’s no Ouija board in this film, all of the other expected tropes of young-people-plagued-by-spirits tales are present and accounted for. We have the self-opening doors, the creepy black cloak/stalking spirit hanging in the corner of the room, characters who black out and discover they’ve done something terrible, and we even have the old, forgotten backstory that “explains everything” discovered through research (Google can’t help you here) in a dusty university library.

Written by Survivor-alum Jonathan Penner (who also appears as landlord Mr. Daizy) and directed by his wife Stacy Title, the film speeds through all of these familiar haunting checkpoints, utilizing basic, ineffective jump scares. Early on, the tension works — the 1960s story is unnerving enough to make you never want to talk to your neighbors again, and there’s a fantastic haunting shot that plays upon the locations of the crawl-space access points in the bedroom, but overall, the plot feels pieced-together, as though the script had been viciously edited, with a lot of logical explanation left on the cutting-room floor. There’s a lot of train imagery that’s never fully explained and a spattering of shallow characters who are included simply for quick exposition between scenes.

Rated PG-13, the film relies on the fact that the bulk of its audience will be teenagers who haven’t previously seen hundreds of (better-executed) stories just like this one, and those are the people for whom this movie will work. Teens sitting directly behind me in the theater gasped and cowered in their seats at all the right places. Those of us over the age of 17 will find most of this movie hilarious (when those teens were cowering, I was usually laughing out loud), and you might enjoy some fun moments when you recognize minor characters played by actors like Faye Dunaway, Leigh Whannell, and Carrie-Anne Moss, though none of them are effective performances in the film. 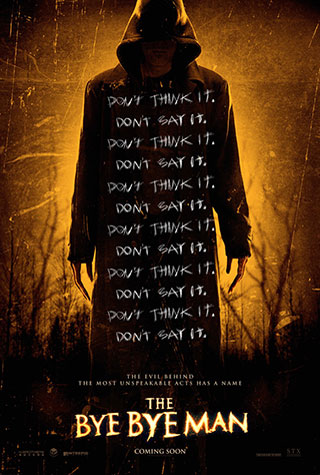