The Gracefield Incident begins with a home movie — a man and his wife on their way to their second ultrasound appointment. Matt Donovan (Mathieu Ratthe) can barely contain his excitement as his wife, Jess (Kimberly Laferriere, “White Night”) chastises him, asking whether he plans to record everything. “It’s his journal!” Matt replies, insistent that 1). the baby is a boy and 2). [he] will want to know everything about his life, even before he is born. Unfortunately, on the way to their appointment, Matt and Jess are struck by another vehicle; we discover that Jess loses the pregnancy and Matt loses his right eye.

Ten months later we see through the lens of a new type of home movie recorder — a tiny camera Matt has designed to fit inside his prosthetic eye.

Jess and Matt are on their way to a birthday weekend at Matt’s boss’s cabin, and Matt wants to document the entire trip for a birthday video he’ll later give to birthday boy Joe Mendez (Victor Andres Turgeon-Trelles, “Arrival”). Matt, Jess, Joe and his wife, Liz (Laurence Dauphinais, “Outbreak: Anatomy of a Plague”) pick up Jess’ little brother Trey (Alexandre Nachi, “Stonewall”) and his girlfriend, Julia (Juliette Gosselin, “Darwin”) and the group journeys into Quebec to find the breathtaking and isolated cabin in Gracefield.

The cabin has everything you would hope it would: Cathedral ceilings, incredible views, and, of course, a hot tub! As the group relaxes for the evening, they spot a strange light in the sky and watch as the light grows stronger, and the shape turns out to be a speeding object flying in their direction. After it crashes into the forest, Matt and Joe investigate, discovering a meteorite that they — as anyone in their position would — take with them. Unfortunately, they get lost on their way back to the cabin and experience a frightening close encounter with a creature they can’t identify.

Once they finally return to the cabin, strange occurrences plague their weekend, and Matt’s intended purpose for his prosthetic camera gains a new focus: To discover what’s stalking them from the forest, what’s happening around them, and how to escape the weekend unharmed.

The Gracefield Incident, Mathieu Ratthe’s first feature-length directorial outing, is a tense, engaging story that takes the familiar found-footage concept and adds its own flavor through the use of a prosthetic eye-camera that helps take care of that pesky “but how could he see that?” question asked in so many other movies in the genre. And combined with Joe’s eye, Ratthe expands our view through the use of handheld cameras and various smartphone cameras. In general, the idea is effective, though there are a few hiccups in camera angle-perspective and continuity — most notably, a scene in which Matt has removed his prosthetic and has to leave the room in a hurry, yet somehow there’s still footage of what he finds in an adjacent room.

Science fiction and horror fans are no strangers to the concept of suspending disbelief, so in general, those small flaws can be overlooked in favor of an engaging story rife with situations that emphasize isolation, helplessness, and humanity. Ratthe, who also wrote and edited the film, makes good use of suggestion, limiting the audience’s point of view even further than the characters’ in some moments which will keep viewers scrambling for the pause and rewind buttons. He also carefully builds the tension and provides enough tidbits of information so that watchers are not frustrated with a slow burn that never pays off.

The effects are indicative of a smaller budget film, but they’re better than most and creative enough to hold your attention. The resolution to the film, however, engages a turn that could be considered endearing or cheesy depending on your point of view (my vote goes with endearing!), but either way it is still satisfying — another rarity in many sci-fi/horror amalgams, especially independents like this.

The Gracefield Incident, even with its flaws, takes a familiar story and adds enough new details to make it worth a watch. It’s certainly good enough that I hope Ratthe will continue making films; I, for one, will be keeping an “eye” out for them.

Movie Review: Valerian and the City of a Thousand Planets (2017)
Movie Review: War for the Planet of the Apes (2017)

'Movie Review: The Gracefield Incident (2017)' has no comments 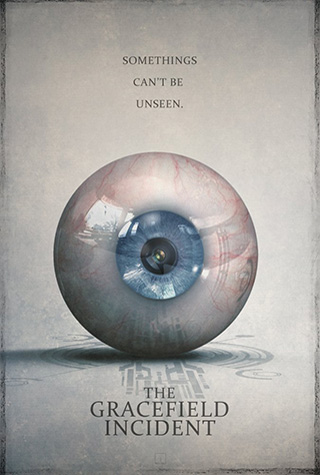