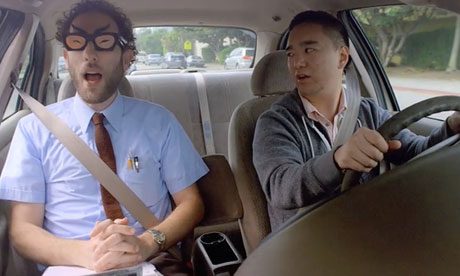 There is a sketch in the comedy InAPPropriate Comedy which features a racist guy hawking free boat rides to Africa to black passerbys. Unexpectedly — or at least I hope it wasn’t planned — one guy takes offense (and rightfully so) and proceeds to beat the living crap out of said white supremacist, continuing even after it is explained it is a hidden camera prank.

Like that guy who resorted to violence, we, the audience, are being poorly pranked too and as a result should seriously consider kicking someone’s ass for delivering 84 minutes of pure pain in the guise of lazy comedy.

Using apps on an iPad as a jumping off point to other as ill-thought out and ill-acted skits as the aforementioned racist is about as clever as the film gets (hence the capitalized “APP” in the title, which isn’t so clever). Randomly, these icons are pressed and viewers are sent to riffs on various mainstream vehicles like “Jackass” with “Blackass,” parodies of Dirty Harry in “Flirty Harry” and an “At the Movies” setup where critics critique humorless porn flicks and grade them on the amount of spunk a fat guy in the back of the theater collects in a bucket.

It’s clear the writing trio behind InAPPropriate Comedy — Ari Shaffir, Ken Pringle and Vince Offer (with dialogue help from three nameless others) — didn’t have much in their collective hopper because they run through the same few tired apps again and again and again instead of dreaming up additional unfunny sketches.

Starring in this mush of piss flavored porridge are mostly fourth rate actors who have enjoyed work as extras so there is no great expectations from them. The same cannot be said for Michelle Rodriguez or Adrien Brody, however. Brody is only ten years removed from winning an Oscar in “The Pianist,” so watching him prance about in pink capri pants making gay innuendo jokes isn’t funny. Actually it is quite the opposite — it’s sad. Rodriguez, better known for her tough girl roles in “Resident Evil: Retribution” and “Fast & Furious 6” is just kinda there, uncomfortably trying to ad lib about the porn on display in front of her. Her partner, Rob Schnieder, (who i see as a third rate actor) I guess didn’t have an Adam Sandler movie to steal a bit part in. 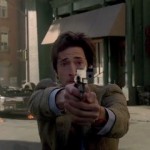 Oh yeah, Lindsay Lohan can be found doing her best Marilyn Monroe impersonation too, but it isn’t much better than what I could do in a white dress standing over a subway grate.

It’s a bit of a shame since movies of this type can be outlandishly funny. Just look to “The Groove Tube” or “Amazon Women on the Moon” as examples of movies of comedy sketches done right. For whatever reason (perhaps the politically correct culture) writers today equate obscenity and stupidity with automatic laughs which just isn’t true. The unfortunate outcome of such thinking is a piece like InAPPropriate Comedy. Therefore, the only “appropriate” response to awfulness of this nature is to completely avoid it and hope it doesn’t see you. You’ll be forever ruined if it does. 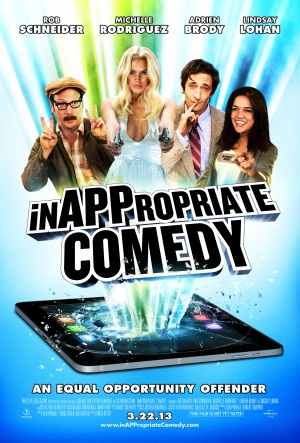