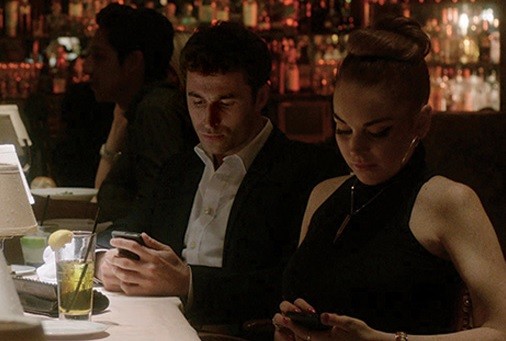 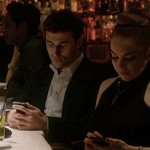 Other than maybe Alyssa Milano, I can’t name a child actor who has made it to adulthood unscathed. Thanks in part to the over sensationalized news programming’s lust for covering failures, however, I can rattle off of the names of those that have fallen along the wayside with relative ease. One of them, most famously, is Lindsay Lohan. Oh, Lindsay. You had such promise. And even though you’ve been through 25 or so court mandated stints in rehab, The Canyons confirms the obvious — you still need help.

But let me clear, I’m not necessarily talking about the drug and alcohol kind of help — I’m referring to career advice. The Canyons is one of those movies that gets made that shouldn’t.

And what it’s about I’m not entirely sure. There is drama. I think. I know there’s a lot of fast talking of the self-important type being spoken by characters that are obviously as lost as Ms. Lohan is in real life. And there is a determined attempt at erotica too. The scribe — Bret Easton Ellis — has made his living from writing about rich people living empty, mechanical lives (“American Psycho,” “The Rules of Attraction”) and The Canyons is no different. It’s just far from his best work.

The best work comes from James Deen in what I believe is his first starring role outside of a hardcore video. He portrays trust fund baby, Christian, a manipulative, shallow control freak with a thirst for anonymous sex (not much of a casting stretch, is it?). The woman he currently controls is Tara (Lohan, “Machete”), a woman starved for an emotional connection but knowingly forgoes having one so she can maintain an opulent, undeserved lifestyle. I should say Lindsay isn’t bad in her role either although her nonverbal acting — the searching look in the eyes, the powerful but fake posturing and her bare breasts — are her best, ahem, assets here.

I’m guessing she is the one audiences are supposed to clamor around and will to rise above the glitzy decay of Los Angeles cos, you know, she is pretty (or once was) and really has a good heart that’s just in the wrong place. Or perhaps it’s Gina (Amanda Brooks, “Flightplan”), the girlfriend of wannabe actor Ryan (Nolan Funk, “House at the End of the Street”) who longs for Tara, who probably deserves our sympathy more. Like us, she has done nothing wrong to be stuck in the middle of this melodramatic love triangle thing that saps our strength the more we watch it unfold. 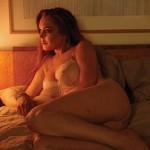 Waiting for the party.

Oh, and don’t be fooled by the trailers or word of mouth that alludes to steamy sex scenes and whatnot. In most circles this day and age these scenes would be viewed as rather tame, which like the rest of the film, is its ultimate undoing. While director Paul Schrader frames The Canyons well enough, he doesn’t actually capture any intensity. It’s too subdued. It’s the epitome of art-house style over supposed substance.

For a movie about power, lust and vapid people that cling to superficial dreams, The Canyons says surprisingly little. It drones on no better than a soap opera complete with a ridiculous turn of events so far out in left field its inclusion literally makes no sense. And just like those midday time wasters, The Canyons too is easily forgotten. 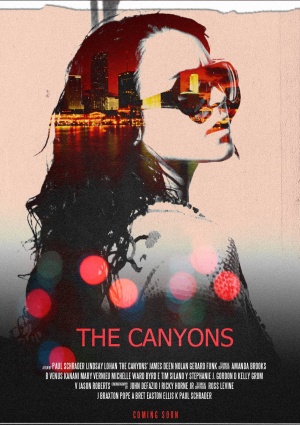