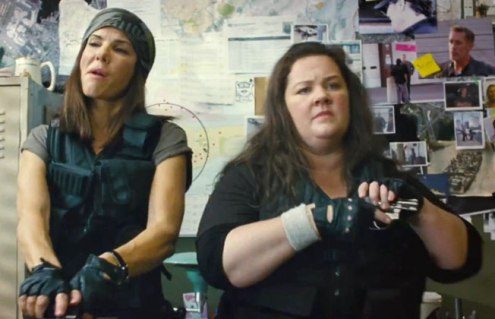 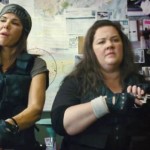 The buddy cop genre gets a gender twist in Paul Feig’s The Heat, much as the pre-wedding shenanigans genre did in Feig’s 2011 film “Bridesmaids.” Both films are comedies full of outrageous moments that are determined to throw subtlety out of the window. Of an airplane. Into a volcano. Yet as important as it is that Hollywood is finally realizing that half the population care about more than men and shoes, it’s also important to remember that rehashing old plots and character stereotypes doesn’t suddenly become necessitated — or even valid — purely because the genders have been switched up. The assumption that it does is counterproductive in itself.

The film brings back “Bridesmaids” star Melissa McCarthy as a similarly crude, unapologetic character, this time as police officer Mullins, who has nothing but contempt for authority. On the other side of the spectrum, Sandra Bullock is straight-laced, ambitious FBI agent Ashburn, whose greatest source of company comes in the form of stolen moments with the neighbors cat. Naturally, the two somehow end up paired to work together to find and catch a drug lord; how this happens doesn’t really matter, and seemingly neither does the case. Details such as these are inconsequential — merely tools to throw the two women together and see what comes of the reaction. And for the most part it isn’t bad, offering quite a few laughs by way of the clashes and rivalry, with McCarthy’s improvisation usually being on the mark. Bullock is also pretty well cast, bouncing off her partner’s jokes whilst creating a nice chemistry between them.

The use of two lead women in a typically male genre would often result in some stereotypical moments focused around Hollywood’s perception of women, but The Heat (in a move that should be followed by many films for years to come) treats its characters as police officers who are also women, rather than the other way around. In particular, we have to credit the film for steering pretty clear of romantic attachments; even “Bridesmaids” ended with lead Kristin Wiig finding a man. Here, Feig instead chooses to focus on the relationship between the two main characters, much like any buddy cop movie would, understanding that comedy doesn’t have to be tailored to female stereotypes in order to appeal to women. In this vein, scenes such as the standard drunken bonding moment or the predictable pre-climax break up seem to be aware of their own ridiculousness, and paired with one particularly grotesque occasion involving spurting blood in a diner, Feig reminds us that his slapstick may be a touch too far, but is never half-hearted. 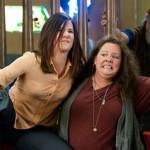 Drunk and loving it.

However, the two leads are just barely managing to make lemonade from a pretty sour lemon of a script — one that’s predictable, thin and completely wastes the supporting cast. Actors such as Marlon Wayans and Michael Rapaport are instantly likable and funny — not to mention Jane Curtis who barely has ten lines — and clearly have more to offer than permitted by the two dimensional characters created by the script. Screenwriter Katie Dippold also relies too much on the previously mentioned improv, which despite often being funny, is dragged out and soon grows old. At nearly 120 minutes, Feig would have seriously improved the film by cutting it down to make the jokes feel snappier and the plot move faster. In fact, the scenes that probably need to be cut first are those in which he tries to add some sort of deeper meaning; they’re often thrown in too haphazardly to actually pull on any heartstrings, and the film would be more enjoyable if it just embraced its brash nature.

As far as entertainment goes, The Heat fares well, with some truly hilarious moments that use the physical comedy of Bullock and McCarthy to full effect. It recognizes the struggle that women face in largely male-dominated jobs, but doesn’t dwell on it, instead taking a light-hearted approach. Even with a script that has no real surprises and characters that aren’t believable, let alone sympathetic, it manages to be some good (profanity-laden, farcical) fun. It’s just a shame that for a film that takes such an important step for female-centered comedies and is so emphatically unapologetic of its bluntness, it is entirely forgettable. 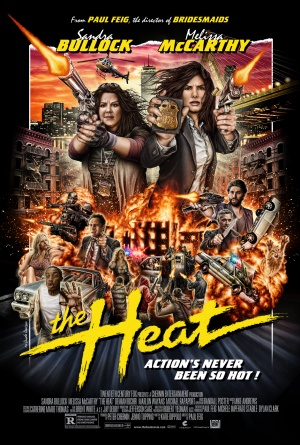