It’s been twelve years since Abby (Angela DiMarco) last saw her sister, Rebecca (Kate Alden), and she’s very nervous about spending time with her again. Accompanied by Abby’s fiancé Calvin (David S. Hogan), they travel to the family cabin in the woods to spread their mother’s ashes in the lake she loved. The weekend is awkward and tense, as the estranged sisters try to get to know each other again. The cabin holds a lot of uncomfortable memories for both women, since this is the location from which Rebecca was kidnapped by her boyfriend years ago, and Abby feels responsible due to some terrible things she said during a fight. One morning, they discover a crater in the woods that holds some flight debris and a smooth, black sphere, but the sphere so upsets Rebecca that she passes out, and Abby brings her back to the cabin. Upon hearing about the crater, Calvin goes out to investigate, and returns with the sphere; he later discovers it has strange gravity-defying characteristics, and decides to keep it, intrigued by its abilities.

That evening, Abby has a terrible nightmare involving a bright white light and her sister standing over her, saying, “We have to leave this place.” Despite Rebecca having no memory of visiting her sister’s bedroom, the three immediately leave the cabin and return to Calvin’s and Abby’s new home. However, the nightmares continue, and Abby is haunted by visions of white light and a strange otherworldly being watching over her in her living room and then again in her bedroom. She discovers she is pregnant, that her husband is becoming increasingly, dangerously obsessed with the strange black sphere he brought back from the woods, and that her sister’s kidnapping story is a more horrifying tale than she was originally told. Tensions build and Abby is faced with truths she cannot bear and a baby that may not be what she and her husband wish for.

Written by producer John Portanova and producer-director Jeremy Berg, The Device is a slow-burn alien encounter film about two sisters coming back together after a tumultuous time in their once-close relationship. Abby resents that she wasn’t close to their mother, and it’s revealed that her family believed she thought she was “too good” for them. In every family there are secrets, and Abby begins discovering that her family harbors a history of alien encounters that she was previously unaware of. Berg’s and Portanova’s script isn’t poorly written and the film isn’t poorly acted, but the plot is so slow that you ache for something — anything — to happen. The story itself is also very plain; there are hundreds of alien encounter films out there and The Device doesn’t have anything to separate it from the crowd. At the heart of the plot is a pair of sisters trying to mend their relationship and an engaged couple trying to begin their own family, but the conflict that builds is, unfortunately, predictable and dry.

The tagline for the film warns us, “The invasion has begun,” but I think the real lesson to be learned here is: If you go hiking in the woods and discover a smooth object with strange capabilities, it’s probably best you leave it in the woods. Probably best to leave The Device on the DVD shelf, as well. 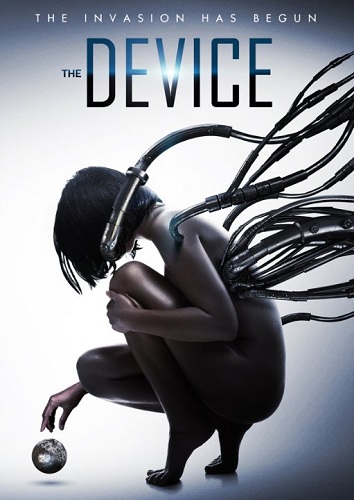