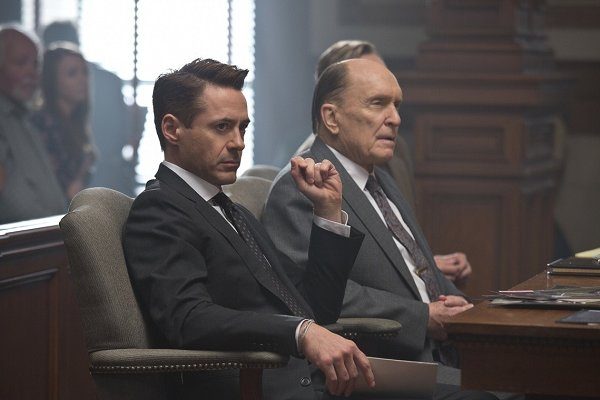 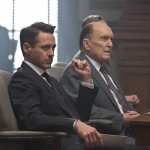 The success of David Dobkin’s (“Wedding Crashers”) The Judge lies in its ability to sound just like every other story in which a successful prodigal son returns from “the big city” in the midst of personal turmoil to attend a parent’s funeral (“Elizabethtown,” “Garden State,” etc.) when summarized aloud, but play out on screen as more than that. Its failures, however, stem from just how much more. While the cast, featuring the talents of Robert Downey Jr., Robert Duvall, Vincent D’Onofrio, Vera Farmiga, Billy Bob Thornton and Leighton Meester, among others, would be capable of handling the myriad cliche complexities of The Judge in another context, the film’s script, editing, and especially its pacing, are not.

One of the biggest criticisms that’s been lobbed at The Judge so far is that it is too long. It is. A shorter run time and better editing would have significantly improved this film; worse than the parts that are bad is the inability of the production team to tell the difference between these parts and the good ones, and figure out how to balance them to make this story work.

In the first lines of The Judge it is established that neither Downey Jr.’s Hank Palmer and his professional associates — namely his current opposition in court, for whom David Krumholtz is an appropriately snarky fit — nor writers Bill Dubuque and Nick Schenk (“Gran Turino”) think their lead character is anything but trite. “The jaded lawyer with no respect for the law?,” a prosecutor says in the bathroom, after Palmer literally pisses on his competition, “how original.” Before you ask, Palmer sleeps just fine, in a sprawling modern home he is able to sustain because, in his words, “innocent people can’t afford me.”

Palmer returns to court only to receive word that his mother has died in the aforementioned Indiana town he so long ago fled. Palmer immediately flies back home — “just for the weekend,” of course — only to find himself trapped with his estranged, implacable father, the honorable Judge Joseph Palmer (Duvall, “Jack Reacher”), when, the night of the funeral, the Judge is involved in a car accident that leads to his being charged with the intentional murder of a man he once sentenced to twenty years in jail.

Also at home is Hank’s abrasive older brother Glen (D’Onofrio, “Escape Plan”), whose own tragic backstory we have also seen countless times, and camera-toting special needs younger brother, Dale (Jeremy Strong, “Zero Dark Thirty”), who manages to avoid caricature mostly by not having much screen time. While their relationships with the Judge appear to be okay, Hank’s broken connection with their father is marked by sour memories of a man who “issued canine calls to get our attention,” and “threw periodicals for sport.” 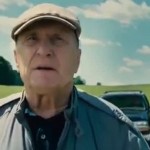 There are definitely parts of The Judge that I genuinely enjoyed. Downey Jr. is always a delight, even when forced to say lines like “the way he shakes my hand when he hugs everybody else, this family is a fucking Picasso painting.” Same goes for Farmiga’s tough high school ex-girlfriend, who apparently gets punchy one liners like, “I only own the one black dress” when she sees Hank fall after his mother’s funeral as a trade off for also having to explain how a near-death experience inspired her to become “the hero of [her] own story.” (Yawn). The obligatory cute and wise beyond her years daughter, Lauren (Emma Tremblay, “The Giver”), is cute and wise beyond her years. Robert Duvall commendably adds depth to his crotchety old judge, and provides us with a line that was probably supposed to relate to the core meaning of The Judge, if it had had one; the concept of the courtroom as “one of the last great cathedrals in the country, based on the premise that you and you alone are responsible for the consequences of your actions.”

In the end, The Judge comes across as the creation of someone going through a checklist of things that supposedly make movies emotional. Promising high school athlete who loses it all in a car accident, check. Brother who is somehow inhibited mentally, check. A small Midwestern town so small and Midwestern that there is a sign across main street advertising a blueberry festival, check. A temptatious old flame who oozes with the pheromones of unfinished business, check. It goes on. All of these elements come across as flat and crowded, and by the movie’s conclusion (a grueling two hours and twenty minutes after it starts), no one has really learned anything, or changed. Too boring to love or hate, The Judge is not a movie worth going out of your way to see this fall. 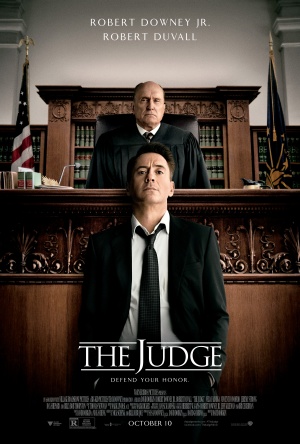