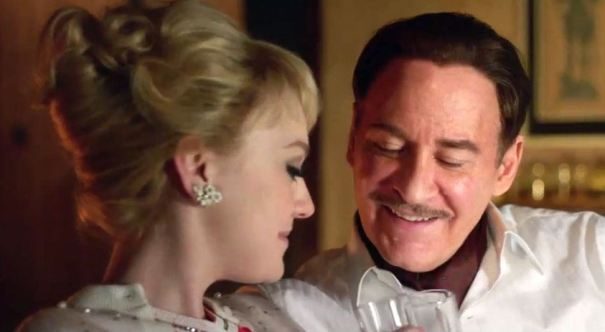 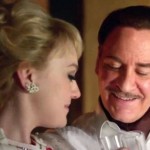 The Last of Robin Hood, which focuses on the twilight of Errol Flynn’s life and career, is an uneven mix of brilliant performances and an inert, aimless story. It’s a shame, really, because Flynn’s final days were the stuff of tabloid legend. Here, the trio of main characters are examined only superficially, with scant attention paid in particular to the depths of Beverly Aadland, the main cog in the film.

Kevin Kline, fabulously mixing the right amount of suaveness and incorrigibility, is Errol Flynn, a rarely sober narcissist with a penchant for his day’s youth. By the point we’re introduced to him, Flynn has seen his career fall into disrepair, but not his eye. One fine day at the studio he notices a pretty, young girl walking across the lot. That girl was dancer/singer/actress Beverly Aadland (Dakota Fanning), a 15-year-old with aspirations of a Hollywood career. It doesn’t take much effort on Flynn’s part to win over the teenager, whom he invites to his hideaway cabin for an “audition.”

Beverly, being 15, is naive — but she’s not entirely innocent either. After an initial period of regret, she comes to realize that playing along with Flynn could further her career immensely. Her mother, Florence (Susan Sarandon) — who is in many ways a stereotypical stage mom of today — also recognizes a good opportunity when she sees one. (She’s ignorant of what Beverly and Flynn have been up to, so the movie says.)

Beverly and Flynn begin to fall for each other, age difference notwithstanding. Somewhere along the way, Flynn learns just how young Beverly is (it’s unclear if he had that information all along or not) and so he invites mother Florence to accompany him and Beverly to New York, where he’s starring in a play that would eventually be heavily panned. Small roles for Beverly also come along, but her career most decidedly does not take off, leading to tension among the three leads.

Given how much of Flynn’s debaucherous life (much of which was confirmed in his autobiography) has become public knowledge, The Last of Robin Hood moves merely from point A to point B without much deviation or even a scent of a twist. One can’t really blame writer/directors Richard Glatzer and Wash Westmoreland, as it’s tough to add a twist to real life, but because the characters’ are so superficial, there’s nothing on which the movie can really stake its claim as solid entertainment. Flynn is an aging alcoholic; Beverly is an opportunistic nymph; Florence is a star-struck gold-digger. They’re caricatures whose motivations are spelled out in capital, boldface lettering. Worse, because they each perpetuate their own misery (and that of others), it’s very tough to feel much in the way of sympathy for them. 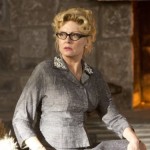 The acting cannot be faulted, however. Kline truly gives it his all as the lecherous Flynn, harkening back to his own swashbuckling days in “The Pirates of Penzance.” Interestingly enough, Kline is much older now (67) than Flynn was when he died (50), but because Flynn had the look of an older man and because Kline looks younger than his years, the casting works. Kline also has strong chemistry not only with the still-quite-young Fanning but also with Sarandon, with whom he had worked previously in 1989’s “The January Man.” Kline’s Flynn is so rakish that you can see him try to alternately charm and placate both mother and daughter, although the latter is for the purposes of maintaining his relationship with the former.

In support, Fanning — although looking and sounding the part — is given almost nothing to do but react to Flynn’s drama; her Beverly is practically an extra! Fanning is an appropriately flighty/conniving teenager, but an exploration of the relationship between her and her mother would have been more interesting. The same held true for Sarandon’s Florence. With her one good leg and her mistrust and her scowling attitude toward Flynn’s flirtations with her daughter, Sarandon tries her hardest to make something out of nothing. Sarandon’s a great actress (her work here in The Last of Robin Hood is astounding), but even she can do only so much with a single leg to stand on. 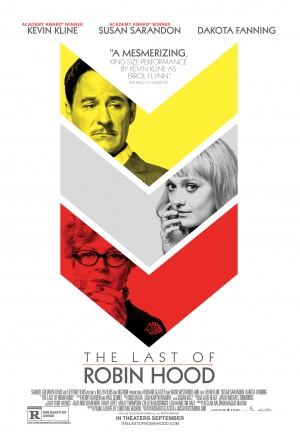