Ok, I’ll admit it, I went into Constantine thinking it was a pile of horseshit. Everyone I knew (and their mothers) claimed this movie sucked ass. “Shit movie,” and “Keanu Reaves can’t act,” are a few of the remarks I’ve heard. Although I can’t argue the latter opinion, I make a case on the first. In a nutshell, I liked the movie. I like movies about good and evil, Heaven and Hell . . . that supernatural shit has always piqued my interest.

The story is adapted from a DC comic book, “HellBlazer” (what movie isn’t from a comic these days), and chronicles a ‘soldier’ who fights against the hordes of Hell.

Constantine starts off interestingly enough, with Constantine exorcising a young girl of a soldier demon who is trying to cross over to our plane of existence. Of course the soldier demon is CGI and quite frankly the CGI in this movie was awful. I think I could have done a better job with a pint of vodka and a Commodore 64 (remember those?).

The movie goer is drawn throughout the supernatural story at a robust pace, there isn’t any overly romantic parts, although I did like the scene when Constantine is thinking about having Angela disrobe. The action is sprinkled throughout the film in just the right amount and doesn’t bog down the overall plot of the movie. I wasn’t overly pleased when it was revealed who the person was causing all the problems. It just seemed too obvious to me. I did especially like Peter Stormare who played Satan. He had a small part at the end of the flick, and I wish I had seen more of him, as it was clear he was enjoying the role.

Overall, Constantine was an enjoyable movie to watch. Keanu Reeves has only one facial expression but He uses it well in this role (he used it well in the Matrix trilogy too). The CGI graphics were shit, but who knows, perhaps Hell and Hellspawn really does look that pathetically bad. I’ll let you know when I get there. 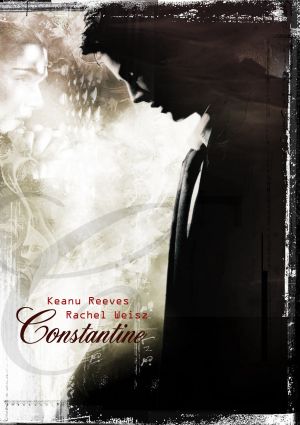