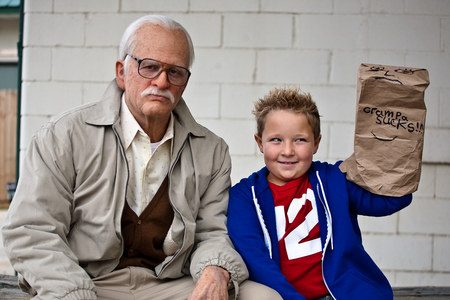 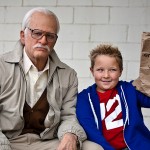 Said road trip premise is wholly unnecessary, however; the movie is a product of the “Jackass” folks — a hidden camera folly whose purpose is to extract the responses of real people when they witness the tornado that is Irving (Johnny Knoxville, “Movie 43”) and Billy (Jackson Nicoll, “Fun Size”) hit their corner of reality. Some of the setups work (and work quite well, I may add), others, well, not so much. No matter though because by the end of its 92 minute running time, whether they work or not is immaterial — the joke has run its course.

Success of a movie like Bad Grandpa relies heavily on the gags and the participants being believable as well as the freshness of said gags. Again, it’s a mixed bag. How people fall for Knoxville’s old-man getup is hard to imagine — to me it is fairly obvious he’s a guy with prosthetics glued to his face. And while I do agree that good manners have gone out the window with the bath water (and older people tend to feel they deserve preferential treatment) the unashamedness of his actions would raise my spider sense immediately. And when some of the sets are roughly carbon copies of something seen before — think the toddler pageant stripper dance from “Little Miss Sunshine” — it’s impossible to be oblivious that someone is making a funny at my expense. 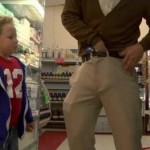 Knoxville, nonetheless, is spot on as the ornery old fart looking for sex in all the wrong places, proving once again he’ll basically do anything — and I do mean anything — to pull a laugh from an audience even from a skit that is falling flat on its face. The biggest surprise of the movie, however, is how straight the nine-year-old (stretching his capabilities playing an eight-year-old) Nicoll manages to play his part. A large portion of the sketches require him to act surprised or keep a straight face and he does so as if he is a seasoned professional. For the traditionally scripted parts (that premise thingy) neither of the actors strike a resonant chord — the “getting to know you” emotional moments are stiff and cause the audience to audibly wonder when the next prank is to arrive and whether it can top seeing Zisman spray diarrhea in a diner to aghast onlookers.

And because it can and we want so badly to see it, Bad Grandpa proves that just like people enjoy a good fart (but claim otherwise, God forbid), there is still love in our hearts for stupid, hidden-camera gross-outs. We just don’t want a nonessential storyline to get in the way. 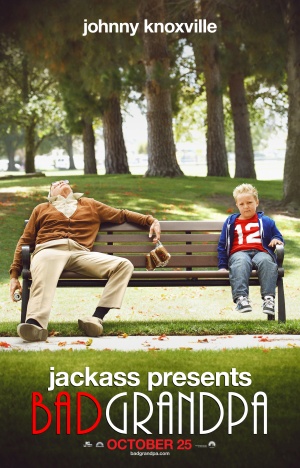