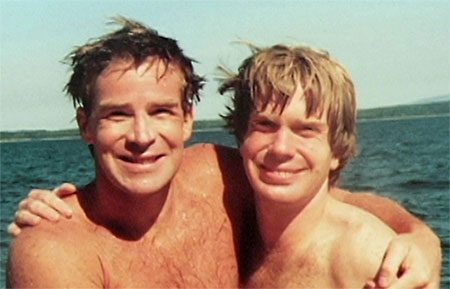 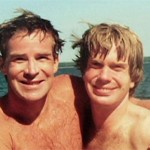 Brothers at the beach.

I’ve seen enough documentaries, especially those that regularly stream on Netflix, to recognize the hallmarks of what I can only label “vanity documentaries,” in the manner that the term vanity has been applied to subsidy presses. By this I mean that the filmmaker is an amateur — often wealthy, with too much time on their hands, who decides to make a film on some member of their family, or on some so called “tragedy” that has befallen the clan. Yet, none of the people in these films has any achievements of note, nor are their tragedies anything that most of the viewers of the film will not have experienced, and many will have experienced far worse. Most of these films never see the inside of a movie theater, and usually end up on a cable TV channel. Such is the case with the Showtime documentary Dad’s in Heaven with Nixon, a mishmash of a film, from 2010, that does not really have a clue what its subject is: Is it family discord following a lineage of mental illness extending back to the filmmaker, Tom Murray’s great-grandfather, who shares the same name, and was an inventor and partner of Thomas Edison’s, through his similarly named grandfather and father, who had a bad relationship and were both likely bipolar and, given that they are Irish, drunks? Or, is it about the filmmaker’s mildly retarded younger brother (who is wrongly called autistic — he suffered from oxygen deprivation at birth, which causes retardation, not autism — only because the film aired during a Showtime month-long look at autism; a condition many doctors feel does not exist or is wildly overblown)? Or is it a film on how suicide affects a family (the filmmaker’s father’s)? Or is it a film about people who spend the bulk of the film bitching about living lives of splendor in Southampton, Long Island, that most of us could never think of living, with little or no appreciation that 99.99% of the rest of us would kill for their “problems”?

No matter, because the 85 minute long film is poorly made, poorly edited by James Witker, poorly scored by David Edwards, and fails on at least half a dozen other counts, along with its utter narrative anomy. Now, for a biographical work to succeed, one of three things must occur: 1) the tale told must be compelling; 2) if or if not compelling, the artist’s rendering of the tale must be otherwise engaging and well-wrought; or 3) both 1 and 2. Dad’s in Heaven with Nixon is 0 for 3. The film’s title, by the way, comes from retarded brother Chris’s claim that their three decades dead father is now in heaven with President Nixon, whom he despised in life, and they are friends. This is somehow supposed to be an endearing moment, but listening to the retarded 50 year old Chris babble on like a whispering child (he even dresses and wears his hair like an adolescent) grates on the viewer after the 6th or 7th talking head moment with him.

As for the assorted narrative arcs, easily the most compelling is the arc of the family history from the most prolifically patented inventor in history (after Edison) down through the generations. And, given this is a vanity doc (laden with home movies from the 1930s that only the affluent could afford), naturally, Murray makes the wrong decision and buries this arc. Instead, he wavers back and forth, in frustrating fashion, between the tired “my Irish dad is a drunken, violent, fuck up who lost his fortune” trope and the “my retarded brother is really a genius artist” trope. Neither arc works, and what little potential either trope could hold is lost when Murray wavers between them, rather than giving them each at their own place.

To me, as a writer and artist, and one who has created great works, the trope about the retarded brother is just so condescending. Nothing against Chris Murray, who is a sweet, nice man, who is still shy about girls, and loves to work his jobs at a New Haven hospital and health food store, and who draws intensely detailed but one dimensional pictures of New York City buildings, in a primitive mode akin to that of Grandma Moses, but these sheets of paper, held together with tape and Popsicle sticks, are simply not good art. There is no figurative skill, no revelation nor communication of anything of any depth. Yet, the film claims he has an arts agent, and had three one man exhibitions; all due to his work hanging in some homes of his family’s wealthy friends where, one day, heiress Gloria Vanderbilt happened to see one, loved it, and recommended that his works should be hanging in galleries. To say that this falls in to the cliché of who you know besting what you do is redundant. Nonetheless, it is frustrating to see palpably bad art succeed merely because a celebrity endorses it, and Dad’s in Heaven with Nixon only glorifies such a transaction (i.e., everything that is wrong with this culture’s relation to art and celebrity), as Chris has apparently made his own fortune with his “art,” after all, everyone loves art made by child prodigies, animals, and retards; a fact even more depressing than the lives of the filmmaker’s forebears. 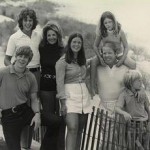 Yet, so lacking in any cinematic acumen is Tom Murray that he lets this golden possibility to make a compelling point (if not a compelling film) utterly slide by. This is one of the many reasons that Dad’s in Heaven with Nixon cannot be given serious accord as either a work of documentary journalism not as a film with artistic merit. In short, it’s a glorified home movie made by a rich boy cum man who needed to work out his own anxieties about two of his male relatives, and was just “lucky” enough to a) be rich, and b) have three relatives who suffered from assorted mental and intellectual problems. It is, in every sense of the term, a vanity documentary, and that’s simply not a good thing. If Murray feels a need to continue to foist his personal life in the viewers’ faces, hopefully his next project will have a subject matter less solipsistic and condescending, and he will have polished his filmic skills to the point that, if he fails in the solipsism and condescension areas, he may still succeed in the cinematic realm, rather than creating another flat, unaffecting and uninvolving film. Experience tells me he won’t, but, in accord with the film’s shallow nature, let me end with: Hope springs eternal :-). 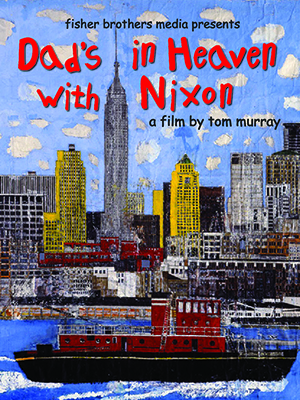