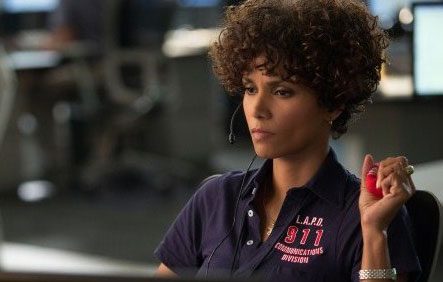 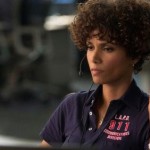 Jaded as I am regarding cinema of this sort, I have to admit that this newest release had me for about 75 percent of its short 95-minute running time. The conclusion, however, taken right from “The Silence of the Lambs,” left a bitter taste. Not enough to pan the entire enterprise, but well, there’s that nasty little taste again.

Sure to remind some of “Cellular,” the 2004 picture starring Kim Basinger, Chris Evans and Jason Statham, The Call is, for the most part, a gripping little tight-knit crime thriller directed by Brad Anderson (“The Machinist“) and blessed with decent work by Halle Berry (Academy Award winner for “Monster’s Ball“) as heroine Jordan, and Abigail Breslin (Oscar nominee for “Little Miss Sunshine“), as Casey, the girl Jordan is trying to save.

I cannot really comment much about anyone else, as these two are given most of the screen time as a harried LAPD 911 operator and the frightened, tortured victim, respectively. Serial killer Michael Foster (Michael Eklund, “Alcatraz” TV series) gets a few chances, too, but his Jamie Gumm-lite routine and propensity to become almost invincible with each passing indiscretion does not impress much. In addition uttering lines of dialogue such as, “Now look what you made me do,” and “You’ve made me kill again,” while smacking people with shovels or lighting them on fire, rings hollow and led to several unintentional giggles at the screening I attended. There’s also hunky cop Paul Phillips (Morris Chestnut, “Identity Thief“) who maintains a (thankfully) low-key love affair with Jordan.

In a movie like The Call, we want to get to the meat and leave the subplots to a minimum — and that’s what Anderson does right from the start. Viewers are immediately thrust into the “hive” or call center of the Los Angeles 911 emergency center. Dozens of operators aiding situations that run from the ridiculous (a drunk calls from jail wondering “what happened?”) to the terrifying (an intruder breaks into the home of a teenage girl). That last phone call introduces us to steel-nerved veteran Jordan, wise and cool as a cucumber, she tries her best to ensure the victim’s safety. After losing the connection, however, she redials and gets the girl back on the phone. Unfortunately, the bad guy is alerted by the ring, discovers the girl and sends Jordan a chilling retort to her pleads not to hurt the kid (“It’s already done,” he intones). 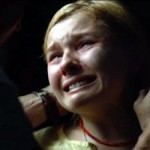 Stunned and shaken to the core, and unable to cope, Jordan takes time off to pull herself together. She is taken off the phones and becomes a trainer, but even this transfer of responsibility cannot keep her from the center of the storm, as young Casey soon finds herself in the trunk of Foster’s car with a cell phone and a direct line to . . . guess who? These scenes are quite suspenseful and well done as the psycho drives down the LA freeway while the half-crazed young lady boldly follows Jordan’s orders to gain attention by kicking out the taillights, waving her hand to outside traffic and pouring paint out of the trunk.

Several citizens, including Michael Imperioli (a regular on “The Sopranos” TV series) and an uncredited gas station attendant, attempt to force a rescue of Casey, but both of whom pay dearly for their heroics efforts.

Finally, with clues piling up as to Foster’s identity, the cops close in, but wait — another dead end? That’s when Jordan stops becoming just a mild-mannered 911 operator and turns into FBI Agent Clarice Starling, taking matters into her own hands to infiltrate the murderer’s secret lair. It’s all quite silly and certainly lessens the emotional impact a bit. Not enough to ruin The Call altogether, but certainly enough to detract what could have been a quality entertaining experience. 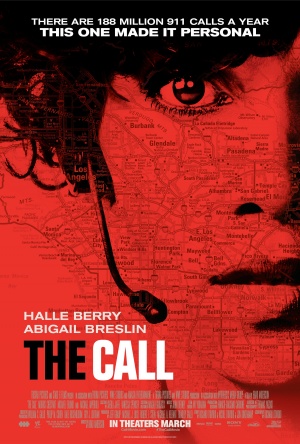