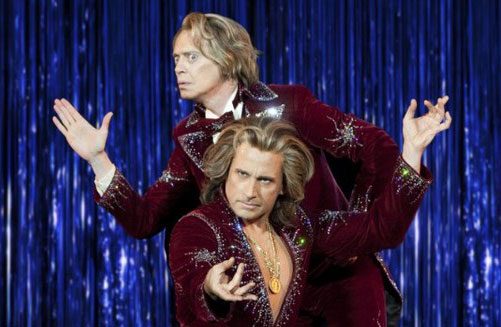 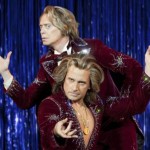 I am happy to announce that The Incredible Burt Wonderstone is the best comedy of 2013. Of course, that’s not saying very much considering that comedies released this year have included “Identity Thief,” “Parental Guidance,” “The Guilt Trip” and “21 and Over,” among others, and that JFK’s memorial service would have been funnier by comparison. And while the movie did contain a few solid laughs, it was simply a case where there was potential for more — so much more.

Especially with the cast, which includes Steve Carell and Steve Buscemi as the title character and Anton Marvelton, respectively, as a couple of Siegfried and Roy knockoffs (without the tigers), Jim Carrey as a Jesse James/David Blaine illusionist, and Alan Arkin (fresh off his Academy Award-nominated role in “Argo“) as legendary magician Rance Holloway.

The first problem director Don Scardino (with TV series such as “2 Broke Girls” and “30 Rock” under his belt) has is making Carell (who has earned legitimate guffaws in “The 40 Year Old Virgin” and his stint on “The Office“) — as the burnt-out Las Vegas Strip magician who has a falling out with his partner and then hits the skids — the main character and plotline. With Carell almost sleepwalking through the role and blasé to the point of extreme irritation (think “Seeking a Friend for the End of the World,” only more low key), we’re drawn to other characters, such as Buscemi’s clueless Anton (although he was much funnier getting shot in the face and stuffed into a wood-chipper in “Fargo“) or Arkin, who steals every scene he is in as the grumpy old Holloway, reminding viewers of one of those smarmy magicians of the past who either bragged about being on “The Merv Griffin Show,” or, who, like Marshall Brodien, plugged magic trick sets for children and used the catchphrase, “Magic is easy once you know how.” His small role he could have – no, should have — been expanded, since he is easily the best thing about The Incredible Burt Wonderstone.

Then there’s Carrey, who seems so ticked off at Hollywood for his deserved — but not recognized – Oscar-caliber performances in “The Truman Show,” “Man on the Moon” and “Eternal Sunshine of the Spotless Mind,” that he went off in a huff and made films such as “Yes Man” and “Mr. Popper’s Penguins.” Here, as Steve Gray, he is not so much a magician as a crazed self-mutilator whose stunts (he pulls a bloody playing card from his cheek, lies down on a bed of hot coals, holds in his urine for weeks at a time and becomes a human piñata) are more disgusting and stomach-churning than crowd-pleasing. He is also a jerk to boot, so with him and Carell chewing up the lion’s share of the screen time, there isn’t much for viewers to do but wait for Arkin.

And that isn’t a very magical experience, although a short birthday party sequence begins well, but turns sour when Gray interrupts and everything gets dark and gloomy . . . again. 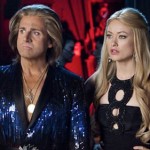 Wonderstone and his assistant.

Oh, and then there are a few more incidental actors who come and go, including James Gandolfini (“The Sopranos“) as Vegas magnate Doug Munny, Olivia Wilde (“The Change-Up,” speaking of no laughs), as Burt’s tepid love interest, and Jay Mohr (“Jerry Maguire”) as fellow showman, Rick the Implausible. Unfortunately, none of them bring any more humorous situations to the table than Carell or Carrey do. That, plus a witless conclusion that has Gray drilling a hole through his head and other entertainers attempting to make an entire audience disappear by drugging them, is almost too ludicrous to consider, let alone comprehend.

That ending isn’t as much of a crime as making a decent premise, real smiles, quality entertainment and viewers hard-earned bucks disappear into thin air, however. See The Incredible Burt Wonderstone if you want a few belly laughs, but do not expect much more and I will not reveal any more than that. 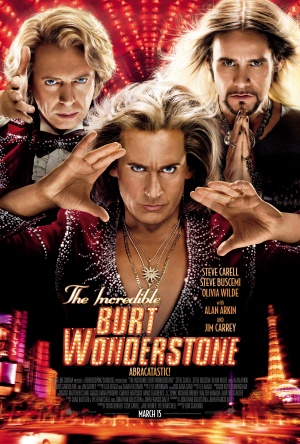