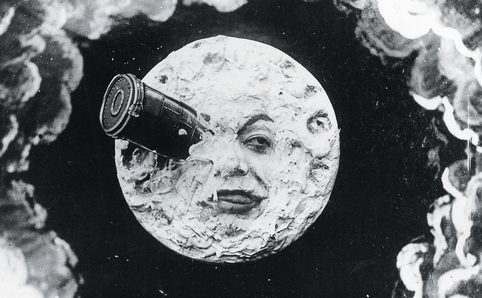 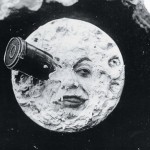 The Silent Era of film.

I recently got through watching a 15 part, 900 minute long 2011 documentary on cinema titled The Story Of Film: An Odyssey, directed and narrated by Irish film critic and historian Mark Cousins, on Netflix, based upon his book of the same name. As might be expected of such a large undertaking, the film has highs and lows. The highs are quite good, but the lows are equally glaring, making the overall project a worthwhile, albeit often draining and droning film series.

The pros are that the film is quite comprehensive, and not restricted to Hollywood nor American/Western filmdom. The Story Of Film: An Odyssey also delves into overlooked technical aspects of the medium, and traces the development of certain editing and narrative techniques, while marking the films and persons most responsible for bringing forward these aspects of the art form. The negatives are that the film often needlessly delves into film school aspects of the art, which means it wholly misidentifies important parts and historical aspects of film. Mark Cousins is quite able as a film historian, but as a film critic he simply has little understanding of the difference between good and bad and great and important films, and his own personal political biases often cloud the production. Most notably, however, the biggest con of the film is the awful decision Cousins made to narrate the film himself, rather than hire a good voice actor.

The problem is not that Cousins’ voice nor Irish accent are bad nor unintelligible, just that he speaks in such slow cadences and oddly formed accentuals, to the point that his slurriness often sounds like he’s drunk or high, and when this occurs as he’s explaining something onscreen, it utterly distracts the viewer from the point he is trying to make, as well as the work onscreen. Tense moments often invoke laughter because Cousins’ tone is so inapt. The reverse occurs, as well.

The 15 episodes deal with these factors:

In a sense, the film’s strengths are also its weaknesses, for while Cousins is correct in taking a broader view of cinema, and I, and many other viewers, inevitably learnt of films and directors and actors previously unheard of, Cousins takes no real critical stands. He states a film or director or scene is great but never explains why he thinks it so. And when one sees some of the bad but famous directors- Cocteau, Godard who produced his own “Historie(s) du Cinema,” a few years earlier, Bunuel, Pasolini, Fassbinder, he claims greatness for, it makes the series take a big hit. Explaining why a well known film or director is NOT as good as claimed is just as important as explaining why something is great. Only from failures can others learn, but Cousins applies no critical scalpel at all. And, oftentimes, as in surveying the films of Andy Warhol, he simply lets the image play, with no discernment over its import, artistically nor historically. There seems to be no recognition that, despite its visual basis, film is far more a scion of narrative literature than photography. It is literature with pictures — cinemature, rather than photography that adds narrative. Cousins also drones on too often using critical clichés like “the greatest _____ of all time, the most _____ scene in cinema history,” and the like, which is especially galling when the claim is for either a bad or unknown film. Cousins certainly has a right to claim whatever he wants, but concomitant to that right is the necessity to back it up. After all, he wants to convince us of the art’s import. 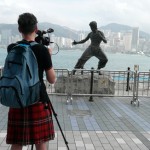 Overall, The Story Of Film: An Odyssey is a recommendable work, especially if viewed as a primer, an entry point. Doubtlessly, a good filmgoer will see through many of Cousins’ egregious biases, but he recommends so much previously unrecognized material that his biases are minor, at worst. As for the horrid narration . . .? 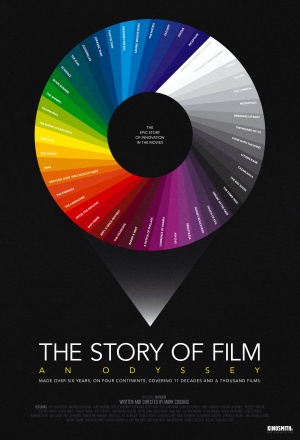