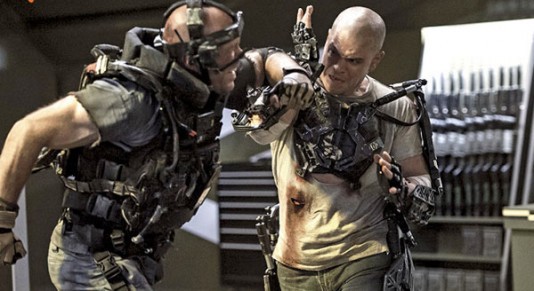 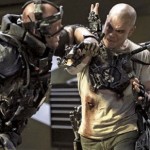 Rebel of the future.

Neill Blomkamp can surely write and direct an original science fiction movie as evidenced in the visually captivating “District 9.” But with the ante raised — a true Hollywood budget, a bona fide movie star starring and a coveted summer release spot — can he deliver again? With Elysium he proves he’s got the imaginative eye but, unfortunately, his sophomore effort stumbles on plot and pacing.

Hell, truth be told, the script is so riotously predictable that viewers can practically close their eyes and still predict each plot sequence. Thanks to those incredible visuals and a meticulous performance from Matt Damon (“We Bought a Zoo”), however, audiences will want to keep their eyes open wide.

Elysium takes place in the 22nd century, and like most recent visionings of Earth (“Oblivion,” “Total Recall”) the future doesn’t look good. Overcrowding and poverty has forced the world to channel its efforts into constructing a large, advanced space station called Elysium (also an ancient Greek word involving the afterlife and the careful selection of mortals to live out a sacred eternity). Back on Earth, the city of Los Angeles, like others, is crumbling from the worldly pressures.

Parolee, Max Da Costa (Damon) is one of the unfortunate scraping to get by on Earth, constructing hi-tech robots for the I.T.-based conglomerate, Armadyne, whose efforts have practically bankrolled the Elysium project. Something is a foot though — the head of Armadyne, John Carlyle (William Fichtner, “The Lone Ranger”) and the Secretary of Defense, Jessica Delacort (Jodie Foster, “Carnage”) would like to force a change in hands aboard Elysium. To them and to the rebels, led by Spider (Wagner Moura, Elite Squad: The Enemy Within), Da Costa is the key.

This makes for the good building blocks of an action movie especially when Spider inserts an exo-skeletal metal fight suit into Da Costa, neurologically making him an arm-breaking, peace-defying ninja. This is the perfect addition to the transmitter transfixed on stealing information already conveniently implanted into Da Costa’s brain. But there’s a lot of nonessentials added along the way that muddies the story like Da Costa’s childhood friend, Frey Santiago (Alice Braga, “The Rite”), who, with her terminally-ill daughter, reconnects for the purpose of developing a vested love interest, and Civil Cooperation Bureau Agent, C.M. Kruger (Sharlto Copley, “The A-Team”) dropped in to give Da Costa a harder time going. And as Elysium progresses, the antagonists become increasingly one-dimensional with the underlying theme of class inequality falling to the side in favor of big budget explosions. 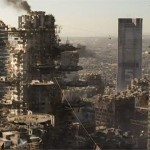 Those explosions with the associated action are a good thing though (although the dreaded shaky-cam rears its ugly head during some of the better fight scenes between Kruger and Da Costa). The cinematography of Trent Opaloch and set design is the biggest draw to seeing Elysium on the big screen. Downtown Los Angeles is harrowingly neglected and rundown — a very real possibility for urban centers (Detroit having already fallen). The manmade world of Elysium is sickeningly bright, beautiful and peaceful — only the best (including cures for every ailment known to man) for the rich and powerful.

The end result is a movie that captivates for both what it brings to the table and for what it drops. Had Blomkamp not fumbled the core of the story, however, Elysium would have earned a heartier recommendation. 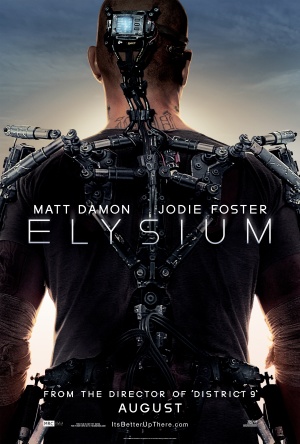