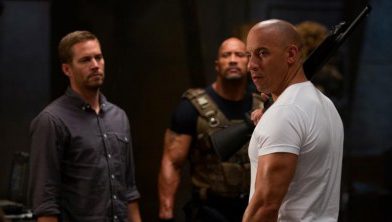 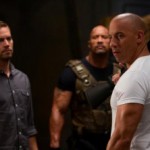 There are two utterly useless facts I learned during my viewing of Fast & Furious 6. One, even in the tiniest of roles, the lack of perceivable acting talent in Paul Walker and Jordana Brewster’s bones can ruin a film, even one as poorly conceived as this. It is this franchise, and this franchise alone, that keeps a few nickels in pockets of these two unnecessarily (I’d add Vin Diesel as a third but he has “Riddick” helping to pay his bills). Two, a military base in Spain houses little to no capable military personnel and it has the longest runway on Earth, spanning at least 20 miles. The length it turns out is necessary, assuming you make it to the end of this chapter of what was once a movie about street racing culture and petty thieves.

Now rich beyond their wildest dreams (see “Fast Five” for the how), the crew — Dominic (Diesel), Brian (Walker), Han (Sung Kang, “Bullet to the Head”), Roman (Tyrese Gibson), Tej (Ludacris), Gisele (Gal Gadot) — are globetrotting, acting like pompous playboys or in the case of Mia (Brewster) and Brian they’re starting a family. The one thing they aren’t doing is going anywhere near the US as the big arm of the law, personified by a massive Dwayne Johnson, still wants a piece of their hide.

Ah, but as luck would have it (or a super simple script that ensured it) there is another car enthusiast bad-ass mercenary guy (Luke Evans, “The Three Musketeers”) with a gang of hot-rodders who are knocking off military convoys (with amazing ease, I might add) in the bulls-eye of Agent Hobbs (Johnson, “Pain & Gain”). So instead of running in the still wearing a guinea-tee Dom for past transgressions, Hobbs solicits his help. After all, it makes perfect sense that an agent with every possible resource at his fingertips would need the help of an above average grease monkey, right? 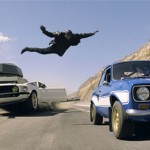 The build-up is slow going, but once Fast & Furious 6 picks up steam somewhere around the midpoint, it mostly delivers in the action department. The franchise is built around car racing and/or car chases — and this being director Justin Lin’s fourth go at it — so what’s offered up is very fluid and well-choreographed. Personally, I’d have liked to see more of them, although I must admit, the inclusion of a tank in one and a cargo plane in another definitely made what’s on screen all the more interesting. There is also no shortage of fisticuffs. Both bruisers — Diesel and Johnson — lay thunderous hits on whomever stands before them and even Walker gets to deliver some justice during an unneeded fact finding mission. The best, however, goes to the chick fights which involve Michelle Rodriguez (“Resident Evil: Retribution”), who returns as Letty, and MMA champ Gina Carano (“Haywire”) who plays Riley, Hobbs’ second fiddle. There is just something mesmerizing about girls who can handle their stuff.

But this little bit of good can’t brush aside the many, many inconsistencies and absurdities in the plot, nor the outrageous physics defying stunts that even Superman would be in awe of. The powers that be have done an impressive job recreating the series into an action franchise; Fast & Furious 6 shows that they’ve still got a ways to go to solidify it as something other than an also-ran. 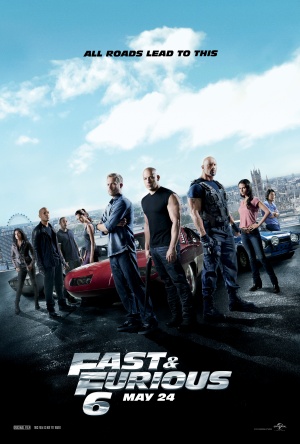