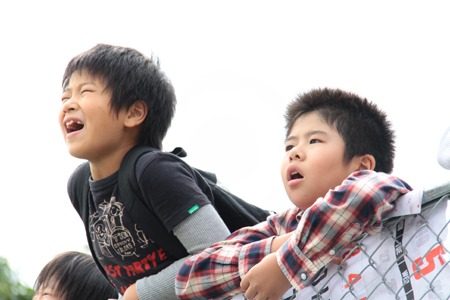 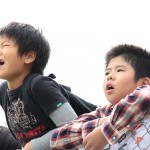 Wishing for the family.

As a result of their parent’s separation, 12-year-old Koichi (Koki Maeda) lives in Kagoshima with his mother (Nene Ohtsuka) and grandparents (Kirin Kiki and Isao Hashizume) while his younger brother Ryunosuke (Oshiro Maeda) lives with his intermittently employed musician father (Jo Adigiri) in Fukuoka. Both talk to each other daily on their cell phone but have not seen each other in six months. Acclaimed Japanese director Hirokazu Koreeda’s I Wish is a comedy/drama about the consequences of a split family and of the children’s longing to reunite them. In contrast to “Nobody Knows,” an earlier Koreeda film about children, I Wish will not break your heart.

The brothers (brothers in real life as well) are very different in personality but both seem happy and well adjusted in spite of the difficult circumstances of their life. Ryu is fun loving and his toothless smile will warm your heart. Koichi is more serious and thoughtful but very engaging. He becomes elated when he hears that a bullet train is coming that will connect his city to his brother’s. Even more exciting are the rumors that are floating around that when two trains pass each other in opposite directions, your wishes will come true out of the energy the trains create. Koichi’s wish is for the nearby volcano to explode so that his family will have to move, and he will be reunited with his brother.

The plan is to meet his brother half-way and do some serious wishing. The fun starts when they have to find creative ways to raise the money. There’s also the pesky part about Koichi and his two friends leaving school in the middle of the day. For this he recruits his grandfather to provide an excuse to the school authorities and includes the school librarian who once had a similar experience of wanting to escape from school to attend a concert. 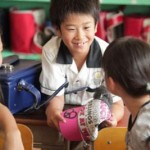 The group of friends of both brothers adds a lot to the atmosphere of I Wish as well. Tasuku (Ryoga Hayashi) wants to marry his teacher, a bit of magic realism there. Makoto (Seinosuke Nagayoshi) wants his dog to come back to life. Megumi (Kyara Uchida), much to her mother’s indifference, wants very much to go to Tokyo and become an actress. Kanna (Kanna Hashimoto) wants to be a better painter, and Rento (Rento Isobe) wants to be a faster runner. While the focus of the film are the wishes of the group of children and their trip to the trains’ midpoint, the film also provides a rounded portrait of all of its characters without syrup or other sweeteners, though it certainly views children through a somewhat rose-colored lens.

I Wish is a charming and lighthearted film that is always pleasant, but its over two hours length can make the goings-on a bit tedious. Although the children arrive at the point of realizing that accepting what is can produce happiness, the growth in reaching that point is what the film is about. Ultimately, however, though hoping, wishing, and yearning are all part of childhood, some adults come to realize that a step beyond wishing and hoping and praying for something to happen is our ability to create, to make things happen. Unfortunately, most people have not gotten past the hoping stage. 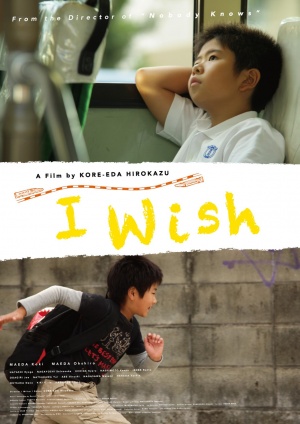