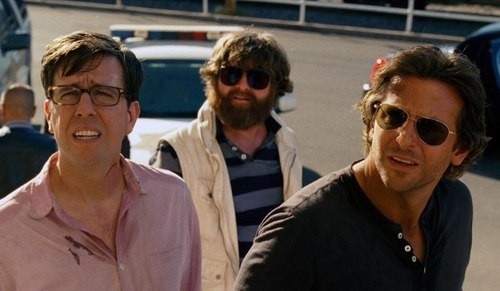 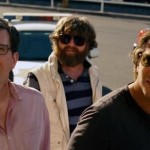 A perfect example (as if there are not enough of these) of a movie series that should have been content with just one picture, this version (purported to be the last, but there’s a tease during the closing credits that’s well . . . you’ll see) brings the “Wolf Pack” gang — Bradley Cooper, Ed Helms and the increasingly bizarre and annoying Zach Galifianakis — together for another go-round in Las Vegas.

The fourth member, Doug (Justin Bartha, “Holy Rollers“), like his previous “Hangover” experiences, spends the film either tied-up, unconscious and generally missing from the screen (much to his credit). Why do I write this? Because despite a return to its original Sin City location, The Hangover Part III does not bring back the charm and hilarity that made the first installment, “The Hangover,” one of the best (and highest earning) comedies in film history.

Instead, this is a senseless, lazy, gross, often nasty and — worst of all — completely unfunny rehash that director Todd Phillips could have, should have passed on. Then again, had he done so, he could not have cashed part of the huge check this film will no doubt bring in. That doesn’t mean anyone in the audience will find any satisfaction while watching it, though. Unless you laugh at people being shot to death, constant drug abuse, unending use of the “F” word and the decapitation of a giraffe (yep, the laughs just keep on coming, folks), then you might want to pay to see “Fast & Furious 6,” or “Iron Man 3” if you missed it or ANYTHING but this.

To complete the idiocy, Phillips and co-writer Craig Mazin decided to center the weak story on the irritating one-note character of Mr. Chow (Ken Jeong, who’s almost as ubiquitous as Dwayne Johnson), who escapes from prison in Bangkok and makes his way to the states to hook up with pen pal Alan (Galifianakis). 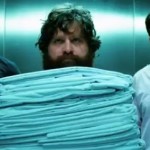 But Alan, it seems, has stopped taking his medication and has gone off the deep end with his attitude and antics, even behaving like a buffoon at his father’s funeral. Friends Phil (Cooper, coming off a Best Actor Oscar nomination for “Silver Linings Playbook“), Stu (Helms, coming off the final season of TV series, “The Office,” thank goodness) and Doug gather for an intervention to help him. Even at this early point of the movie, I still could not see how they would still have this dimwitted jerk as a buddy.

The quartet hits the road for a rehab facility in Arizona, but they are shanghaied by Marshall (John Goodman, coming off a Best Picture appearance in “Argo“) and his thugs, who are looking for Chow and a trove of stolen gold or something like that. Even small cameos by Heather Graham (who has not lit up the screen since her role in “Judy Moody and the Not Bummer Summer“) and Melissa McCarthy (who should stop starring in drudge like “Identity Thief“) does nothing for this picture.

But who cares about any of this? With nonsensical situations, limp and lame action sequences and non-existent humor, The Hangover Part III may be better than the second, but the improvement is minimal and the experience is almost as depressing. 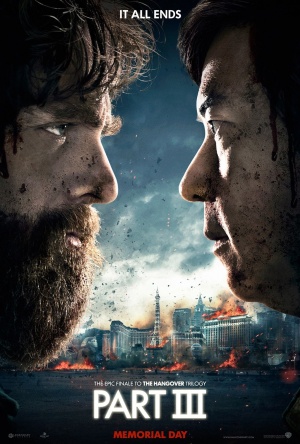