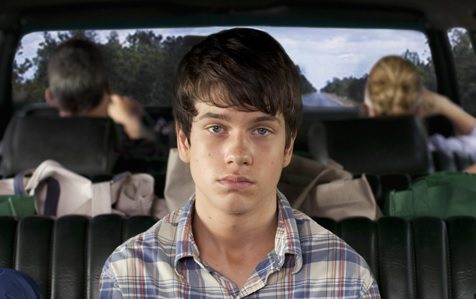 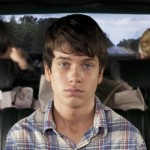 Seated in the way back.

We’ve all seen at least a few coming-of-age summer films, and as a directorial debut for Nat Faxon and Jim Rash it certainly isn’t the most adventurous or original topic, but The Way Way Back is executed so wonderfully that it’s hard to find cause for complaint. It’s nostalgic without making you cringe (at least, not in a bad way), it’s stylistic without being affected, and it’s hilarious without being absurd. With just a few magical moments, it takes a reasonably humdrum holiday and turns it into the stuff of memories — the summer we’d all love to see play out.

Liam James is thoroughly convincing as awkward 14-year old Duncan, who is forced to join his mother Pam (Toni Collette), her new boyfriend Trent (Steve Carell) and his daughter Steph (Zoe Levin) on a summer holiday to the coast of New England. From the very first lines, in which Trent tells Duncan he’s only a 3 out of 10 as an overall person, we sympathize with him, but it is as the film progresses that we truly begin to relate to him, sharing in his miseries and joys. In an attempt to get away from Trent and his friends for as long as possible, Duncan soon discovers the Water Wizz water park, where he starts working and finds a friend in manager Owen (Sam Rockwell), who helps Duncan find his feet. It quickly becomes clear that as he navigates his way through what girl-next-door Susanna (AnnaSophia Robb) fittingly describes as “Spring Break for adults,” Water Wizz is more than Duncan’s refuge — it is the only place he considers himself happy. With the help of his fellow employees he is soon holding his head a little higher (quite literally) and we can’t help being moved by his newfound confidence.

These characters and events may be somewhat stereotypical and predictable, but are all nevertheless entirely believable; both the witty and well-structured script and the excellent cast are to thank for this. Steve Carell and Sam Rockwell stand out in particular, both playing against type but still bringing genuine substance to their characters. Carell, usually known for being sympathetic, is distinctly the opposite here, instead playing the part of the bully perfectly — he isn’t brash or openly hateful, but rather smooth and subtly antagonistic, inspiring us to hate him even more. But it is Rockwell that really steals the show, and our hearts, with his charming and witty Owen, a man who takes life even less seriously than our 14-year old protagonist. He doesn’t just suffer from an unwillingness to grow up, though, and it’s in the moments where we see how much he cares about people that we really appreciate him; don’t be surprised to feel your heart swell a little when Owen physically steps in front of Duncan to stand up to Trent. 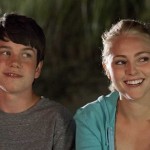 The supporting cast is also pretty spectacular, with the writer/director duo also starring in some minor roles as Water Wizz employees that bring some great light hearted humor along for the ride, and Allison Janney as the boozy next door neighbor who is so ridiculous we can only laugh. Between such an array of characters who are all remarkably well developed regardless of the size of their parts, the script manages to touch upon some truly emotional, moving topics. It’s just a shame that it quickly moves away from these by throwing in some more playful banter for fear of hitting a nerve that’s a little too serious. In an attempt to create a film that is lovable — and make no mistake, it certainly is lovable — Faxon and Rash have shied away from anything of too much poignancy or resonance, and instead favored the simple, if slightly whimsical, moral of finding our own paths.

Take most of the singular aspects of The Way Way Back — the plot, a character, the soundtrack — and you’ll not find them to be particularly imaginative, but throw them all together and it works in a way you just don’t expect. Maybe it’s the script, which is full of top notch dialogue, or maybe it’s the combination of characters, who are so memorable together you wish you knew them, but it’s hard to leave this film not smiling wistfully and feeling pretty uplifted. It might not be Fox Searchlight’s next “Little Miss Sunshine,” but it definitely is a little getaway for the summer that you’ll regret not taking. 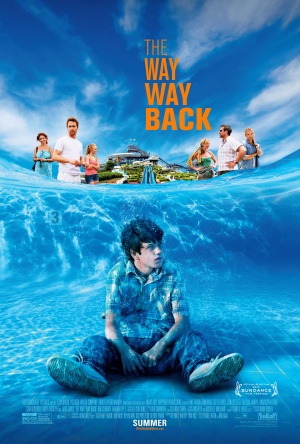