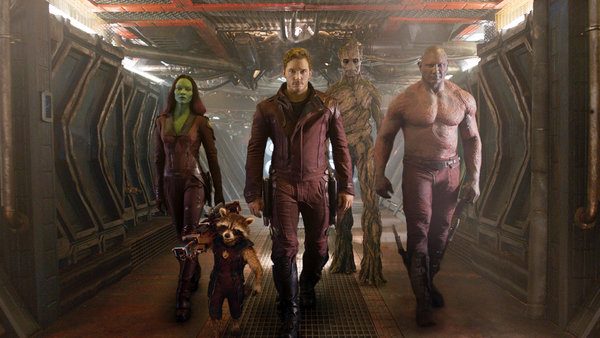 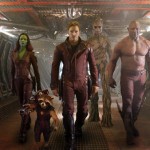 Marvel Studios can do no wrong. Their properties — Iron Man, Thor, Captain America and Hulk — have generated billions in worldwide merchandising and ticket sales. Interestingly, during this superhero renaissance, they’ve only had one team-up (2012’s “The Avengers,” which itself made $1.5 billion) though. Putting their incredible run of successes on the line and looking to spice their universe up a bit, Marvel has gone to the well and pulled up Guardians of the Galaxy, a rebooted comic from the 60s about a ragtag team of misfits and miscreants content to do as much bad as good. Their gamble, Guardians of the Galaxy, while formulaic has paid off, sure to leave sci-fi nerds drooling incessantly and comic book gurus calling for a sequel.

In part because Guardians of the Galaxy is a fast-paced, chaotic thrill ride and the characters that make up the team are definitely not run-of-the-mill characters one is accustomed to.

The story revolves around an orb, an orb specifically that houses an infinity stone, an item of such immense power that it can destroy all life upon contact. Earthman Peter Quill aka “Star-Lord” (Chris Pratt, “Her”) finds himself in possession of it but there are many that wish it for themselves. Ronan the Accuser (a wonderfully evil Lee Pace, “The Hobbit: The Desolation of Smaug”), a murderous villain seeking to avenge his father’s death sends the a green-skinned orphan Gamora (Zoe Saldana, “Star Trek Into Darkness”) out to retrieve this prize for the mighty Thanos who in return will end life on Xandar for him. Blue-skinned bandit, Yondu Udonta (Michael Rooker, “The Walking Dead” television series), wants his hefty payday for the item and some payback for Quill’s doublecrossing. A genetically enhanced raccoon named Rocket (voiced by Bradley Cooper, “American Hustle”), and a humanoid tree named Groot (voiced by Vin Diesel, “Fast & Furious 6”) know nothing of the orb, they just want a piece of the bounty action put on Quill.

It makes for the perfect storm, especially when Gamora, Rocket, Quill, Groot combine with the prisoner Drax the Destroyer (Dave Bautista, “Riddick”), put aside their differences and realize they’ve a bigger purpose in the galaxy . . .

Of the Guardians, writer/director James Gunn gives plenty of room for their growth and opportunities for the audience to connect with. “Star-Lord” happens to be the most identifiable character, not only because he is the only human, but because he’s unpredictable which gives him the ability to — even in the direst of circumstances — not take things as seriously and do the most outrageous things. Pratt is the perfect choice for the role. The quick-witted, sharp-tongued Rocket is a lot of fun too and he is given some of the best lines of the film. His relationship with the innocent-hearted Groot — who incidentally has THE best moment in the movie — is much deeper than meets the eye. Weakest of the crew, but still good, are Bautista and Saldana as Drax and Gamora. Both are basically doing a role they’ve done before (bruiser and revenge driven assassin, respectively) so they’re not quite as interesting, although Drax is allowed to flex a few hilarious lines denouncing his intelligence and Gamora is given life when she faces off with step-sister Nebula (Karen Gillan, “Oculus”). 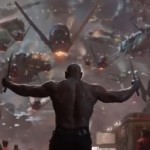 As to the production values, they’re brilliant. Not only does cinematographer Ben Davis bring all aspects of the galaxy to life vibrantly, but he manages to make them unique, with a variety of interesting alien life forms and surroundings. Action pieces — both large and small — are tight and flow seamlessly together while the addition of 3D masking lends itself well to the space motif.

Guardians of the Galaxy is not impeccable, however, as there are plenty of cliché, maybe kitsch, moments peppered throughout the 121 minute run time. And as it is technically a superhero movie, it suffers from plot devices that ensure the success of the protagonists. But when “Cherry Bomb” by The Runaways shrills out of the speakers from Quill’s Awesome Mix Vol. 1 cassette and lasers start streaking by turning spaceships into magnificent debris fields these quibbles are quickly forgotten. Guardians of the Galaxy is what summer entertainment at the cinema is supposed to be like. Let’s hope other studios take notice and a chance. 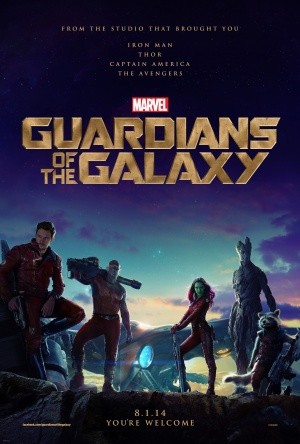