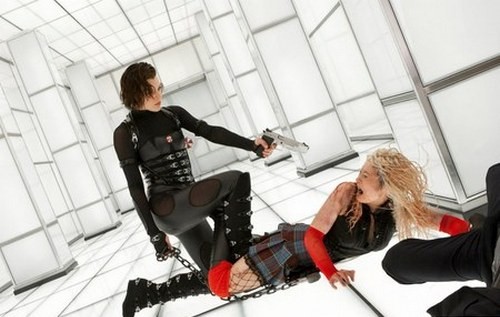 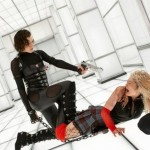 Four times Paul W.S. Anderson has taken viewers on the same ride. At times a mildly entertaining ride, mind you, but one that always dons his wife, Milla Jovovich, in skin tight clothing raising arms against zombies and the secretive Umbrella Corporation responsible for said zombies. To expect something different from him and his fifth installment of the video-game-turned-movie franchise, Resident Evil: Retribution, is the textbook definition of lunacy.

So, I suppose audiences go to these movies because of their familiarity with the subject (I’d hate to think so many people were crazy).

Resident Evil: Retribution picks up where “Resident Evil: Afterlife” left off, with Alice (Jovovich) in the hands of the Umbrella Corporation (yet again). This time she makes an ally of Ada Wong (Li Bingbing), whom she meets in an underground Tokyo modeled city (testing grounds for the T-virus, along with models of Manhattan, Moscow, etc.), and a group of mercs led by a guy named Leon (Johann Urb), in her effort to escape The Red Queen (Megan Charpentier, voiced by Ave Merson-O’Brian) and bring down the facility. Fans of previous installments will be happy to see the reappearance (or should I say reanimation) of first flick favorites, James (Colin Salmon) and Rain (Michelle Rodriguez), even though they’re an afterthought in the grand scheme of things.

That is of course presuming, writer/director Anderson had a grand scheme. I’m a firm believer that this late in the game, he just loves to point and click the camera on Milla Jovovich. Scantily clad, in slow motion acrobatic shots, shooting guns and embroiled in hand-to-hand combat. I can’t blame him really. She still looks fantastic and after this many installments (not to mention flicks like “Ultraviolet” and “The Three Musketeers”) this kind of stuff is second nature to her. She doesn’t letdown in Resident Evil: Retribution; there are a few good action sequences, most notably one versus Jill Valentine (Sienna Guillory) will impress. 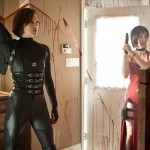 The letdowns occur everywhere else, however. The majority of the fights, especially those involving the faceless Umbrella drones are choppily shot and derivative. In his defense, Anderson tries some new cinematic stunts to class them up but they’re overshadowed by his trademarked slow-motion capture techniques that you’d wish would stop after the fourth go-round. And making those scenes and the sets infinitely worse is the particularly weak CGI. Nothing looked real and it was made all the more noticeable by the introduction of the 3rd Dimension (which, by the way, isn’t all that bad). But nothing, and I mean nothing, is more upsetting than the “acting” put on display. Wooden doesn’t describe it. Li Bingbing, in her first major Western role, is terrible. If this is China’s best female export, then we’re in deep trouble. Ms. Jovovich, not exactly known for her acting prowess, sleepwalks her part. She’s especially off when dealing with emotions pertaining to her daughter Becky (Aryana Engineer). As for anyone else, well they aren’t given enough sustained screen time to develop into something other than a casualty.

It gets worse though. Resident Evil: Retribution inexplicably ends with a setup for a sixth installment. Yep, Paul W.S. Anderson has every intention to hurt audiences again. Always the optimist, however, I have found two silver linings. The first is Anderson says a sixth installment will only be made if the fifth makes enough money to warrant it. With so much going wrong for Resident Evil: Retribution, I don’t see how that’s possible. Nonetheless, stranger things have happened, so I’m not banking on that outcome. The slightly shinier lining is that even if audiences are forced to sit through another chapter, Anderson claims the sixth will definitively be the last. I’ll take him on his word and you should too. 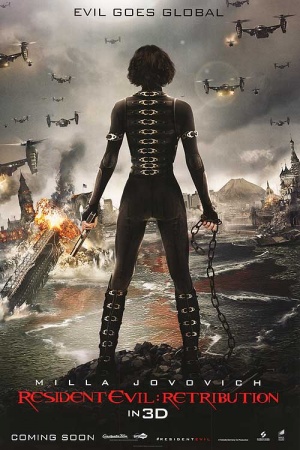