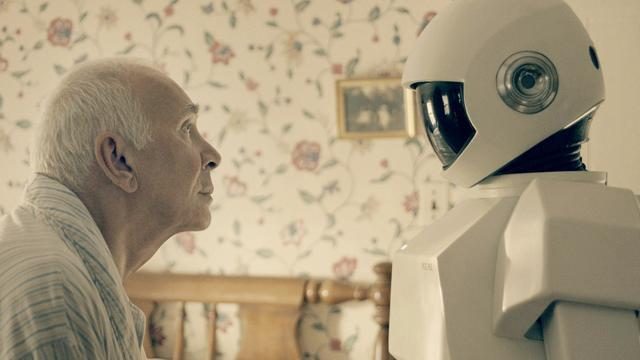 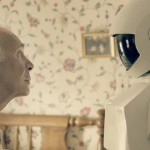 A man and his robot.

The near future doesn’t look too bad. Phones are translucent and are just a sliver in thickness, you video chat through your television by voice command, cars are getting greener and smaller, and your local library will no longer maintain hard-copy volumes for you to check out. The domestic robot market is also taking off. Don’t think of Rosie from “The Jetsons,” the automatons in Robot & Frank are about the size of a pre-teen and stick to the basic chores of cooking, cleaning, and health monitoring.

Frank (Frank Langella) does not care very much for the new order of things. He lives alone, but his home care habits have degenerated into those of a lazy undergrad. His only interaction with the outside world are his walks into town to refresh his library books, marvel at some new technological nonsense, and shoplift a fancy soap from the store which took the place of his old bar. Stealing is a major facet in Frank’s life. He has pulled numerous stints in prison which severely hampered his paternal responsibilities and now that he is well into his twilight years, his petty thefts are more out of nostalgia and instinct than any desire to strike it rich.

Frank’s kids keep an eye on him though. Madison (Liv Tyler) is a world traveler working for various non-profits to make the world a better place and Hunter (James Marsden) drives to upstate New York to visit his dad a few times a month. Hunter notices Frank’s increasing memory lapses and declining ability to take care of himself so he brings his dad a present one day — a robot. Frank immediately hates the robot and genuinely fears it will murder him in his sleep. However, the robot has been specifically programmed to interact with the elderly and encourage trust.

The robot cooks healthy meals, does the dishes, starts a garden, and keeps Frank on a specific routine to encourage his mental faculties. Frank’s mental well-being is more than just stimulated though, he is inspired by his new robot friend. The thievery bug never left Frank and now that he has a robot who can pick locks and spin a combination lock through all of the conceivable combinations, they are going to become fast friends. The mark? Easy. Frank despises Jake (Jeremy Strong) who is removing all of the library’s books to transform it into a museum to show the community just what a library was like back in the day. Jake is condescending, smarmy, and worst of all, he talks down to Frank’s librarian crush Jennifer (Susan Sarandon). 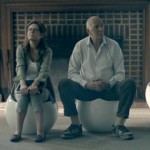 Robot & Frank is the creation of first time feature film director Jake Schreier and writer Christopher D. Ford. The idea of a geriatric pensioner pulling off heists with his health care robot is a an amusing and creative idea, but the filmmakers do not take advantage of its possibilities and never reach its higher potential. The latter half of the film is a drag with the introduction of the local sheriff (Jeremy Sisto); the whole of the script is stuck to the regular motions — nothing very original or unexpected found its way onto the screen at any time. Also, Liv Tyler, who is usually a delight to watch in a movie, is a distracting interloper here with a very high-pitched and whiny voice to match. Something about her character does not mesh well with this film.

But everything has a place and the perfect place to show Robot & Frank would be in an old folk’s home or on your TV if your grandparents are in town for a visit. It’s safe, predictable, and very average. Viewers even remotely looking for something with the slightest hint of flavor should seek their entertainment elsewhere, lest they be robbed of a good time. 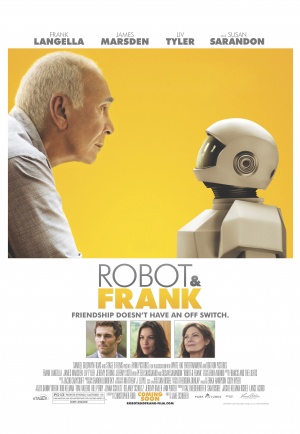