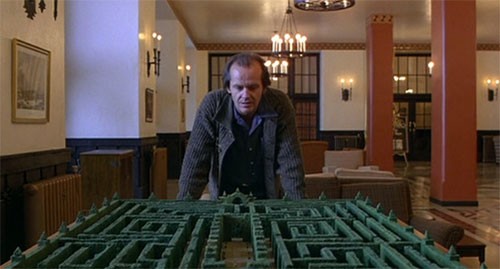 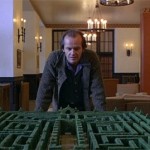 If you thought conspiracies about the grassy knoll were captivating, then you would love to hear what movie enthusiasts have to say about the perceived meanings behind Stanley Kubrick’s “The Shining” in the mesmerizing new documentary, Room 237. From archived clips of vignettes from Kubrick’s impressive filmography, to detailed analysis and careful camerawork, this IFC documentary is memorable, constructive and the “Magna Carta” of film criticism.

If you’re not familiar with the movie (highly unlikely), “The Shining” is a 1980 film starring Jack Nicholson, Shelley Duvall, Danny Lloyd and Scatman Crothers. Based off a Stephen King novel of the same name (although King will be the first to point out that there are multiple unwanted adjustments made to the story in the film version), it follows a family of three as they move to Colorado to play caretaker of a seasonally-abandoned hotel. But the narrative takes viewers for a ride once a peculiar talent of Danny, the young boy, is uncovered. Called “the shining,” this talent allows him to see superstitious things and communicate with an interesting man named Dick Hallorann (Crothers) via visions.

But this documentary is an analytic man’s heaven — it not just dissects those visions but it digs into every last intricacy of the film to bring forth some unfathomable conspiracies. By playing the film backwards, breaking it down frame by frame, analyzing character attire, setting, questionable motifs and categorizing it, analysts in Room 237 suggest that Kubrick’s adaptation of Stephen King’s novel is just teeming with messages that the average moviegoer just would not pick up on.

Cast members Jay Weidner, Juli Kearns, John Fell Ryan, Bill Blakemore and Geoffrey Cocks each maintain an overarching idea about Kubrick’s film about a man’s descent into madness. They suggest that the film is based off of everything from the oppression of Native Americans to a forged moon-landing, and are quick to form relationships to costume changes, chairs and luggage disappearances, what numbers are seen where and the neat patterns that coordinate with Danny’s big-wheel tour around the hotel. Nothing is more interesting, however, than the gateway to it all, Room 237. The “sex” room, as it came to be called, was a place where Jack Nicholson went to eerily have relations with a naked woman found in a tub, and it also becomes a point of reference for the critics, who say it is key in understanding Kubrick.

Does it bring forth the idea that the filmmaker helped forge the moon landing? Does it say something about society and sex? Or does it provide an outlet for Kubrick to show viewers that he really was paying attention, inserting a motif here and disclosure there . . . 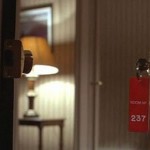 Without giving away much more of the film’s interesting ideas on “The Shining,” it’s best to look at the actual technicalities of the documentary. IFC Films did a marvelous job in composing this think-piece, and it was edited with exquisite care to break down to viewers the very thoughts the interviewees were relaying. And as a person who loves to see what they’re shown, the archived clips help supplant these conspiracies in my mind. It even expands from the 1980 film to Kubrick’s other works, suggesting similar qualities can be found in “2001: A Space Odyssey,” “Full Metal Jacket” and “Eyes Wide Shut.” Time and again, we see neat little vignettes of Tom Cruise lurking down a dark city street from “Eyes Wide Shut,” or Keir Dullea in “2001: A Space Odyssey” creepily gazing into the camera while aboard his vessel. Not only did these clips help infuse what the cast members said about “The Shining,” but it also gets viewers to think more holistically — maybe Kubrick really was that smart.

One minor fault I see within the piece is the lack of exposure of those being interviewed. Maybe director Rodney Ascher wanted to keep it that way, to add to the superstitious aura, but really, it becomes a slight nuisance. I want to see what these people look like, how they react to, let’s say, an explanation over Danny Torrance, and the sheer emotion they’re feeling over the issues. Without the presence of their nonverbal behaviors and body motions, the documentary’s credibility takes a slight hit.

Aside from that minor setback, Room 237 rightfully deserves critical acclaim. It’s thought-provoking, intuitive, credible, eye-opening and most importantly, fun to watch. You may first sigh over the thought of 102 minutes of people solely talking about a film, but once you watch, chances are your jaw will be left on the floor, agape. 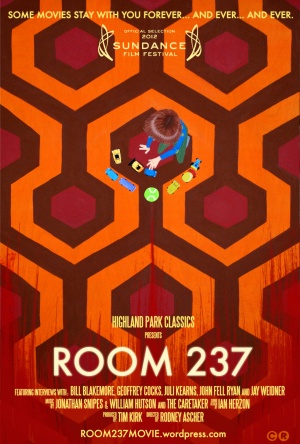