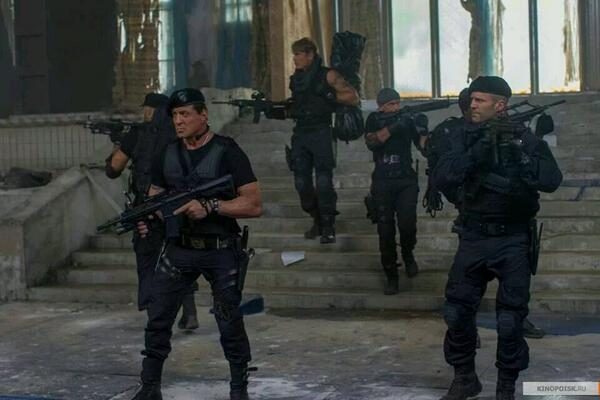 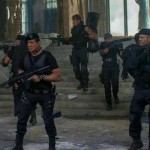 Looking for a fight.

It was widely reported that Bruce Willis insisted on a $4 million plus paycheck to reprise his role as Mr. Church in The Expendables 3. For this he was ridiculed and even has a joke made at his expense sandwiched into the film (by Harrison Ford of all people). But could it be that money really wasn’t the issue? Is it possible Willis found his shit-movie threshold and demanded such a high figure knowing full well he wouldn’t receive it?

Probably not (the man did accept a mint to star in the dreadful “A Good Day to Die Hard“), but the one truth is The Expendables 3 is shit. Of the warm, runny variety one fears on long road trips.

Sylvester Stallone (returning as Barney Ross) and his remaining cohorts — Jason Statham, Terry Crews, Arnold Schwarzenegger, Dolph Lundgren, Randy Couture, Jet Li — will swear otherwise. Because, you know, the film isn’t a lazy cash grab; the characters they developed in 2010’s “The Expendables” have growth potential and unfinished business that needs attending to. Dumping his mercenary team (which now includes Wesley Snipes back from his stint in prison) because he’s fearful of them dying only to enlist a bunch of newbies — Ronda Rousey, Antonio Banderas, Kellan Lutz, Glen Powell, Victor Ortiz — whom he doesn’t care about is hardly an admirable trait of Barney’s worth expanding on, however.

But truthfully, it really didn’t matter who was brought along for this latest action-adventure, as master arms dealer and ex-Expendable Conrad Stonebanks (Mel Gibson) and his team can’t shoot worth a shit even when armed with attack helicopters, tanks, RPGs and having Barney’s elite squad trapped in a crumbling building rigged with explosives with no escape routes. Their aim is so bad Cobra Command from the 80’s GI Joe cartoon look like sharpshooters. And hell, even like that awful cartoon, The Expendables 3 also suffers from terrible production values. Visual effects, cinematography, directing, editing — take your pick; none of them are up to snuff. None, however, are as bad as the acting. 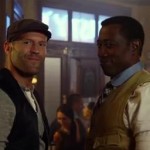 It’s clear from the get go all the guys (and gal) are having a lot of fun on set but that only goes so far. Some, like Rousey and Ortiz, have zero acting ability. Others, like Lutz, Couture and Lundgren are limited at best. Most painful is to see actors like Ford, Gibson and even Banderas hamming it up to such an extent that it caused knots in my stomach. There was a time guys of this stature would have snubbed the very thought of starring in a movie like The Expendables 3. I guess times are tough, even for the Hollywood elite.

But what’s even more frightening is fourth and fifth installments are already moving towards production even before the third has recorded a single receipt at the box office. That means the studios behind The Expendables 3 don’t care one iota about the quality of the franchise or its audience. Neither apparently do the actors who have reportedly already signed up for their half-day of filming. Except for Bruce Willis of course . . . that is until he proves my hypothesis wrong and accepts an apology and the $5 million paycheck sure to come his way. 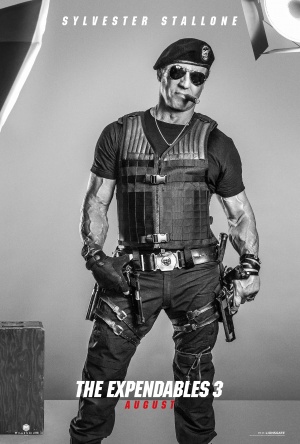