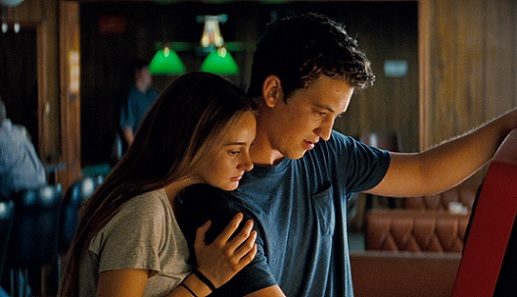 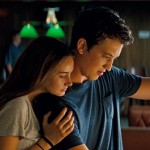 Sutter is brash. Sutter is funny. Sutter has charisma. Sutter comes from a nice home and has a part-time job. Sutter is popular. Oh, yes. Sutter also drinks too much. Based on a novel by Tim Tharp and written by Scott Neustadter and Michael H. Weber (“(500) Days of Summer“), James Ponsoldt’s The Spectacular Now takes us on a journey through Sutter Keely’s (Miles Teller) minefields of adolescence with little support along the way. The casualty of a damaged relationship with his father who left home when he was a child, Sutter seems bent on making bad choices about his future. Though he declares his philosophy to be to “live in the moment,” but, for all intents and purposes, he is so tied to the past that he cannot fully be in this moment or any other.

He is close to graduating but is baffled by Geometry and is told point blank by his teacher Mr. Aster (Andre Royo) that he does not want to fail him but that he needs to get his life together, a suggestion that the boy receives with a clueless grin. A party animal zeroing in on high school graduation but without a semblance of a plan for what comes next, he walks around school carrying a flask, mixing booze with any other non-alcoholic drink he happens to have in his hand. When his girlfriend Cassidy (Brie Larson) breaks up with him, he turns to a night of binge drinking that ends with him waking up on the front lawn of an unfamiliar house with a girl standing over him.

The girl, Aimee Finicky (Shailene Woodley, George Clooney’s snarky daughter in “The Descendants“), is just about to deliver papers on her mother’s paper route and invites Sutter to come along. On their delivery route the shy Aimee who is a devotee of science fiction mangas, says she has never had a boyfriend and willingly accepts Sutter’s invitation to go to a party and to tutor him in Geometry. Their relationship is sweet and both enjoy each others company but without any agenda of conquest. Aimee’s friends, however, warn her about Sutter’s proclivity with the bottle but she prefers to ignore them. It is not long, however, before Sutter has Aimee drinking with him to bolster her shaky self image.

He gives her a gift of a personalized flask before their prom and confides to her that his father gave him beer when he was only six. He tells her that drinking will help her stand up to her mother on the issue of going to college in Philadelphia. She tells him, however, that she is willing to confront her mother on college but only if he will also demand that his mother (Jennifer Jason Leigh) tell him where his father is so he can visit him. Both fulfill their side of the bargain but, when they go together to meet Sutter’s father (Kyle Chandler), the film takes on a darker hue and the issues become sadly crystallized. 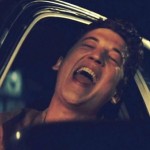 While there are some unnecessary melodramatic moments, The Spectacular Now is a smart, generally restrained and honest film that handles the subject of teen alcoholism, relationships, and sex in a sensitive and realistic way. It is not a film about alcoholism but about self awareness, portraying teenagers who talk and act as if they were real people and treating them with dignity and respect.

And while it has a strong ensemble cast that includes Bob Odenkirk as Sutter’s boss, Andre Royo as his math teacher, Masam Holden as his friend Ricky, and Mary Elizabeth Winstead as Sutter’s sister Holly, it is Teller and Woodley, recipients of the Jury Prize for acting at Sundance, who carry the film. They allow us not only to care about their struggles but also to reflect on our own challenge to be fully present to each moment and to the people around us, to live as Buddhist teacher Ippen put it as if, “every moment is the last moment and every moment is a rebirth.” 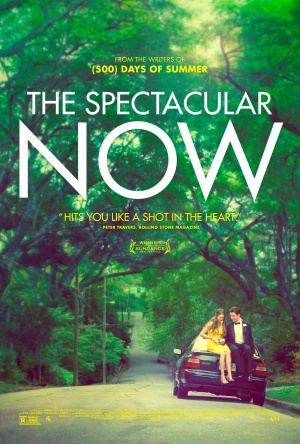