Shakespeare’s Richard III famously said I can smile, and murder while I smile. The Joker has long been a character who will smile and cackle while he murders and terrorizes. In previous cinematic incarnations, the Joker has been a crime boss fried in acid (Jack Nicholson), an anarchic terrorist (Heath Ledger) and a pimped out gangster (Jared Leto). In each case, the Joker was an antagonist, generally to Batman, and the drama, be it in gothic, political or moody form, sprang from that central clash.

In Todd Phillips’ solo outing for the lacking definite article Joker, the drama of such a clash is absent. What this (sort of) origin story offers instead is many things. One of them is not a superhero film like “Captain Marvel” or “The Dark Knight,” or even a super villain film like “Avengers: Infinity War” or super antihero film like “Deadpool.” Joker is a sociological dissection of the clash between the haves and the have-nots, set in a Gotham City overrun by deprivation, filth, unrest and oversized rats. It is a drama of being a nobody where anonymity is a social disease. It is a gripping thriller of psychological disintegration. It is a problematic portrayal of mental illness. And it is an intense, visceral character study of a tragic and pitiful yet ultimately frightening individual.

In the central role of this individual, Arthur Fleck, Joaquin Phoenix (“You Were Never Really Here”) plays the bastard offspring of Travis Bickle (“Taxi Driver”) and Rupert Pupkin (“The King of Comedy”). Gaunt and awkward, constantly moving in a sometimes twisted dance, Phoenix delivers an extraordinary performance of utter inhabitation. The viewer can feel empathy for Arthur even while finding him pitiful and contemptible, and in brief moments of happiness, the light that springs from Arthur’s eyes is shone onto the viewer as well. A central irony is that despite the lack of joy in Arthur’s life, he suffers from a mental condition that causes him to laugh uncontrollably when stressed. The inappropriateness of the laughter emphasizes Arthur’s isolation and lack of place in the world, as he appears freakish in public such as on the bus or train, while private meetings with his social worker (Sharon Washington, “Michael Clayton”) and his neighbor Sophie Dumond (Zazie Beetz, “High Flying Bird”) are painful as we watch Arthur’s restraint. The only place Arthur seems able to relax is with his mother Penny (Frances Conroy, “Welcome to Happiness”), but that relationship proves to be not quite what he thought.

By a similar token, writer-director Phillips peppers the films with red herrings, many of which prompt the viewer to re-evaluate what they previously encountered. As well as the earlier mentioned films by Martin Scorsese, Joker also echoes “Fight Club” in its playing with perceptions as well as its dingy social milieu and anger at social elite. Prominent among the elite is magnate Thomas Wayne (Brett Cullen, “The Guilt Trip,” a far less comforting version than previous screen iterations of the character) and TV host Murray Walker (Robert De Niro, “The Intern,” in a clear nod to “The King of Comedy”), who represents the media’s sneering attitude to social problems. Arthur’s clown persona leads to the underclass being labeled as clowns for their discontent, even though they have nothing to laugh about.

Arthur’s laugh is hugely significant, as it works as the emotional core of the film. Sometimes it is infectious as it engenders nervous laughter from the viewer, but it is also recognizable as a scream of anguish. When this anguish starts erupting in other ways, the progression is shocking and even horrifying. Perhaps most disturbing of all, the sudden eruptions of violence are also understandable. Cinema audiences have laughed at the outbursts of violence, bloody and brutal as they are, and also admonished each other: “It’s not funny!” However, as Arthur points out at one point, everyone around him is awful, so perhaps it is funny to see awful people hurt and killed, at least in a movie. If we laugh, it is not at Arthur but somehow with him, sharing his pain and frustration (rather than mirth) and somehow expressing it similarly. And this is even more disturbing, as it suggests the ease with which our own civility may slip away, at least in the safe environs of a movie theater. This is a great strength of Joker, reaching into the viewer’s own soul and drawing out parts we would rather not acknowledge.

Not that the film is perfect. Stylistically, Phillips is overly dependent on slow motion shots and a staircase used for obvious pathetic fallacy of ascent and descent, while the inclusion of Bruce Wayne (Dante Pereira-Olson, “Happy!” TV series) and Alfred Pennyworth (Douglas Hodge, “Red Sparrow”) feels forced. Furthermore, some have rightly criticized the film’s problematic portrayal of mental illness, which can be seen as suggesting that a mentally ill person is only a missed dosage away from psychotic violence. However, the world building of the film highlights that the protagonist’s transition from Arthur to Joker is as much brought on by the social treatment he receives as his condition, if not more so. Almost everyone Arthur encounters — from his boss and co-workers to the police to Wayne and Walker — is unsympathetic, dismissive or downright cruel. When the world laughs and spits at you, why not laugh and spit back, even with violence? This position could be adopted by many a person who feels disaffected and victimized, and the growing protest movement within the film as well as among certain groups of viewers, can suggest an endorsement of violence as a solution. The film presents this response without overtly advocating it, but nonetheless does present violent retaliation sympathetically. The actual villains of the piece are systemic, iniquities and injustices that run deep and are fundamental to our culture and society. Ultimately, the character of Joker is a product of his environment just as the film is a product of its time. It is a disturbing and unsettling product, one that holds up a twisted yet revealing mirror of how ugly we can become. 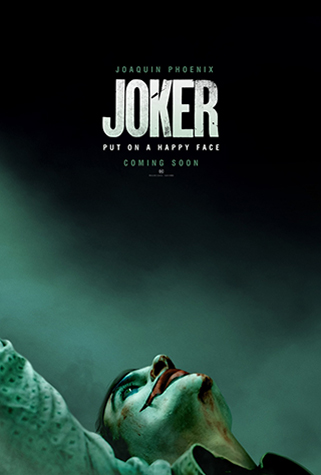