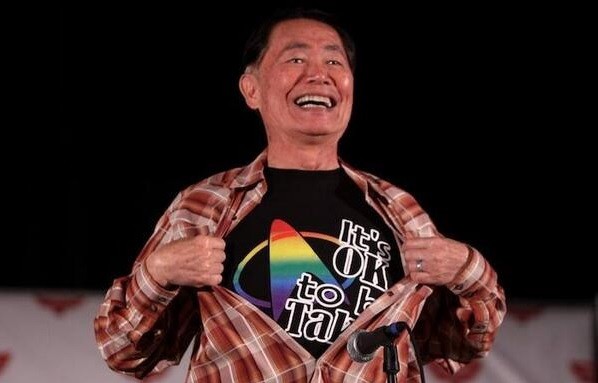 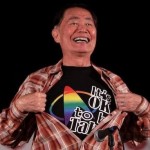 Outspoken and loving it.

In To Be Takei, the titular George Takei gives his viewers — and plethora of Facebook fans — a good, hard look at his personal day-to-day life, as an Internet sensation, as a renowned voice-over artist, and as a doting husband. The authorized bio-pic is illuminating and wildly entertaining. We all knew George Takei was a funny, funny man (Oh, my!), but this is the first close look we get of his husband Brad Takei and the two truly seem a perfect match, even down to the complementary approaches to humor.

The movie covers various aspects of George’s life, from his imprisonment in the infamous internment camps for Japanese-Americans following the outbreak of World War II, to sundry on-screen roles in such TV shows as “The Twilight Zone,” “Playhouse 90”, and of course “Star Trek.” George is shown at conventions and comic-book shops and appearing on “The Howard Stern Show.”

He’s self deprecating and passionate about civil rights, particularly the issue of same-sex marriage. Here, he documents just how hard it was to be closeted in Hollywood; he reasoned (not without some justification) that if he was known to be out and proud, even the few roles he was getting would dry up. And, of course, being of Asian descent, he was often pigeonholed into stereotypical Asian roles. Kind of a hardscrabble life for an actor — at least until he ran into Gene Roddenberry and auditions for the role of Lt. Sulu. Things got a bit better after that.

To Be Takei spends a fair amount of time on the subject of Takei’s family’s internment. It was a horrible time in our nation’s history; blind paranoia had led authorities to round up anyone who looked like they were Japanese (no doubt descendants of other Asian countries were included also) and stuff them in a makeshift, barbed-wire prison. Takei says he recalls the wire, the guard towers, and the guards with their guns pointed at them. He was seven-years-old. Tells you something of how traumatic the experience was that he can still recall the environment all these years later. Later in life, Takei would lead a movement to get the government to recompense those who had been held in the camps, with success.

Takei’s relationships (working and otherwise) are also covered. Leonard Nimoy, Walter Koenig, and Nichelle Nichols offer commentary, and I’m pretty sure I spotted Nichols at Takei’s wedding (matron of honor, maybe?). And then there’s Shatner. If you weren’t sure how Takei and William Shatner got along together before watching this documentary . . . well, chances are you’re still not sure. Shatner’s first comments in the film are that he barely knows Takei, worked with him for a short time fifty years ago, and so on. The audience — including me — felt he was just having fun. Later, there’s a seemingly big to-do about The Shat’s not getting an invitation to the wedding of George and Brad. I thought that was a joke as well, at first, but it went on long enough that I wasn’t sure what to think.

But above all else, I left the theater feeling very proud of George Takei. It’s not easy being a minority in the United States, and surely it’s not easy to be gay, either. But George Takei has been very outspoken in favor of the rights of all humans, and I found hearing him speak from the heart in To Be Takei to be a stirring experience. 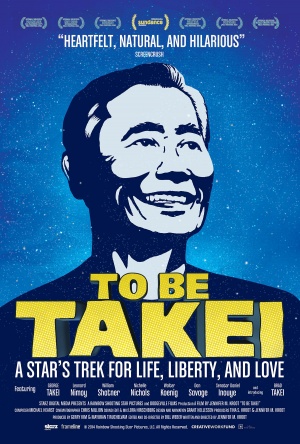