Well, it’s here. The trailer for Marvel’s Ant-Man that was teased by the ant-sized (and ant-brained, if you ask me) teaser trailer last week is here. But don’t expect much from it other than the film’s star, Paul Rudd, sporting a perplexed look for most of it, Michael Douglas looking a lot like his father Kirk, and an overdose of treacle. I won’t wholly dismiss it though; Marvel has the golden superhero touch and I expect them to give this relatively unknown hero the same treatment they gave “Guardians of the Galaxy.” Time will tell, I suppose. So until more presents itself to say otherwise, enjoy watching Mr. Rudd fly a wasp in the trailer above. 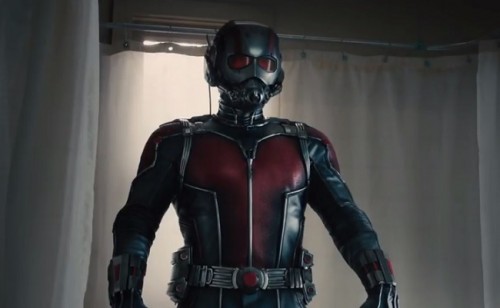 Official Synopsis:
Armed with the astonishing ability to shrink in scale but increase in strength, con-man Scott Lang must embrace his inner-hero and help his mentor, Dr. Hank Pym, protect the secret behind his spectacular Ant-Man suit from a new generation of towering threats. Against seemingly insurmountable obstacles, Pym and Lang must plan and pull off a heist that will save the world. 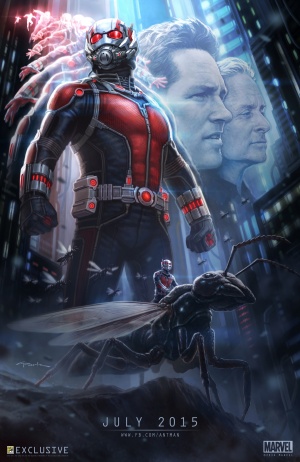