“One last job,” Dominic Toretto says in this first trailer Furious 7. And because of the death of series lynchpin Paul Walker late last year, I believe him. Even though in each iteration they do manage to dream up an impressive stunt or two and show off some amazing cars, the series has gone on longer than it should have so this should be a fitting send off. What we know in this installment is general badass Jason Statham is making an appearance to get revenge against the sometimes good, sometimes bad crew of Toretto’s for their part in death of his brother in “Fast & Furious 6.” A woman played by Nathalie Emmanuel seems to be an important figure to the movie as well — how so is not known yet but we’re certain it’ll all come together under a hail of bullets, explosions and flipping cars though. Get a taste of the action above.

Official Synopsis:
Ian Shaw (Statham) seeks revenge against Dominic Toretto (Diesel) and his crew for the death of his brother. 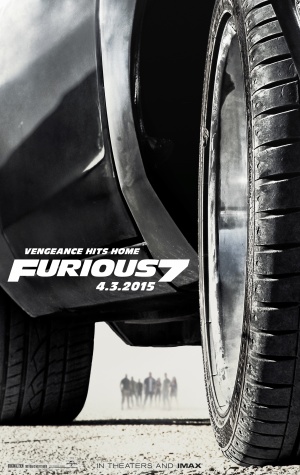