Dare I say another fairy tale revisioning is coming to theaters in 2013? Okay, I’ll say it (just don’t accost me for doing so). Loosely based off of Jack and the Beanstalk comes Jack the Giant Slayer. The Warner Bros. movie uses most of the elements of the fairy tale — giants and a beanstalk — but replaces the golden goose with a kidnapped princess. Jack, with the help of the king’s guards must face off with the towering monsters to save her and keep the realm of humans safe. The trailer has impressive CGI and a good adventurous vibe to it. Let’s hope it holds up well in IMAX 3D . . . 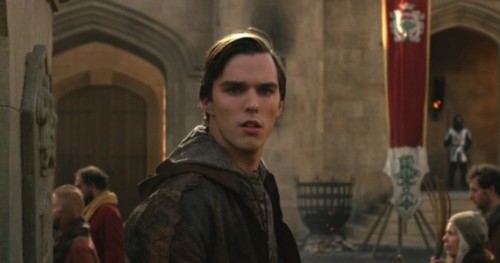