Apparently even in prehistoric times, mothers are abhorred by their daughters’ husbands. It, and many others, is a running joke in DreamWorks upcoming animated adventure The Croods. Nic Cage voices Grug, the overprotective father, husband and mother-in-law hater, who, after their cave is destroyed, must find his family a new home. With the help of an adventuring Neanderthal named Guy (Ryan Reynolds), they’ll grow as a family as they traverse a wild land inhabited by wondrous creatures. The new trailer is fun fare that will put a smile on your face as previous DreamWorks’ animated features like “Kung Fu Panda” did. 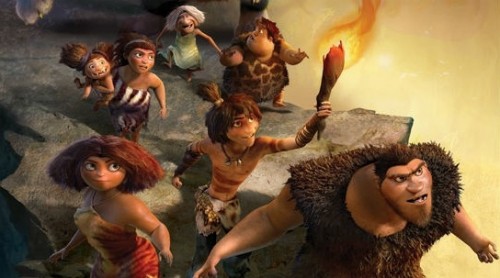 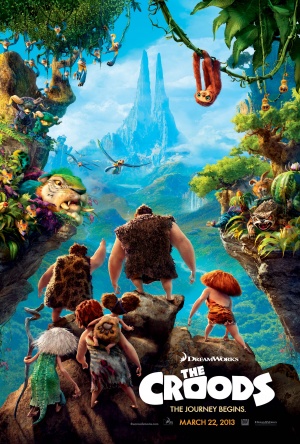