I doubt anyone would have imagined when “Pitch Black” came out 13 years ago that its anti-hero, Riddick, would develop a rabid following and spawn a sequel. Well he did and today the trailer for the his third installment, aptly titled Riddick, has come online. Again mercenaries are out to collect on his bounty and again they find he’s not the easiest target to take in. The trailer hints at some new nocturnal predators but doesn’t offer much on the overall plot which is said to involve a character from the past and the possible destruction of Riddick’s home planet, Furya. Take a look and don’t fear the dark! 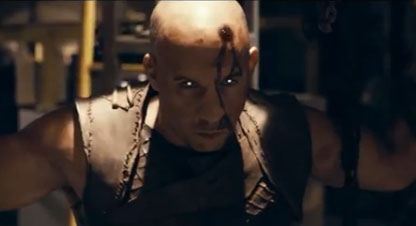 Official Synopsis:
The infamous Riddick has been left for dead on a sun-scorched planet that appears to be lifeless. Soon, however, he finds himself fighting for survival against alien predators more lethal than any human he’s encountered. The only way off is for Riddick to activate an emergency beacon and alert mercenaries who rapidly descend to the planet in search of their bounty. The first ship to arrive carries a new breed of merc, more lethal and violent, while the second is captained by a man whose pursuit of Riddick is more personal. With time running out and a storm on the horizon that no one could survive, his hunters won’t leave the planet without Riddick’s head as their trophy.

Riddick exacts revenge on US and UK theaters on September 6, 2013. 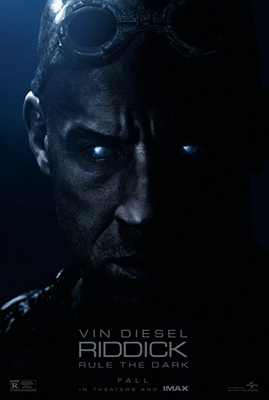