Dismissed, in a nutshell, is every teacher’s nightmare made flesh: A psychopathic student seeking revenge because he was given a poor grade (in this case a B+). Sidenote: I wish I could inspire such soaring ambition in my own students. In trying to sell this nightmare, the teacher becomes incredibly stupid. He does asinine things like leaving his laptop unprotected in an unlocked classroom, where anyone could come in and gain access to it. Not only that, he prints and sends off an application to a tenure-worthy job without reading through it once more. Hence, the stakes are rather low if the teacher makes it a bit too easy for this so-called adversary.

We are told various times in the course of the movie that Mr. Butler (Kent Osbourne, “No Light and No Land Anywhere”) is a good teacher. This is meant to help us sympathize with him more. The movie doesn’t help establish this, in part because this man’s idea of teaching is asking a question and then waiting for a response from a cricket-thriving room. Give me something. A rhetoric worthy enough to rival Barbra Streisand’s in “The Mirror Has Two Faces,” or even a cringe-worthy demonstration of game theory from “Crazy Rich Asians.” Give me something more than this bland, insipid man trying to teach the most beautiful subject that is English Literature. This is undeniable sore point for me, since I actually teach the subject, and have taught “Othello” for a few years. The fact that no student can speak to Iago’s motivation when they have reached the end of the play is frankly, quite startling. My nitpicking is ardently necessary, for if we are expected to see the fall of this exemplary educator and feel for him, then he, for all appearances, must “seem to be so.”

The characterization of the psychopathic student is better done, and it would seem that a hiatus from Hollywood has done Dylan Sprouse (“The Suite Life on Deck” TV series) some good. He is cold, menacing — even while maintaining a friendly exterior. There are obvious parallels in the presentation of his character to that of Iago, which I enjoyed. Vanilla Mr. Butler is really no match for him and his Harvard ambitions, which makes the predictable outcome all the more scorned and unearned. Though the movie does throw in a few twists I didn’t see coming.

Dismissed does deliver some interesting insight on the role of education. The clashing point between Lucas (Sprouse) and Mr. Butler revolves around moral imperatives that we lay out as educators. Certain things just cannot be. Iago cannot be a hero because of his “monstrous birth” agenda, Hitler cannot be described as an admirable leader with flawed methods. There is this unspoken agreement that we enter into — to encourage benevolence and goodness when possible. But instead of showing Lucas where he has gone wrong in his conceiving of Iago as a hero, Mr. Butler is didactic and merely states this is how it should be. I am not naïve enough to assert that showing him would have a positive outcome, but it would help set Mr. Butler up as a worthy educator, which is a quality the film lacks. A broken record I am not — but this point deserves to be asserted over and over again. Maybe a Mr. Keating type character (“Dead Poets Society”) could have salvaged this. Instead I am left to say, treat this film the way its title suggests. 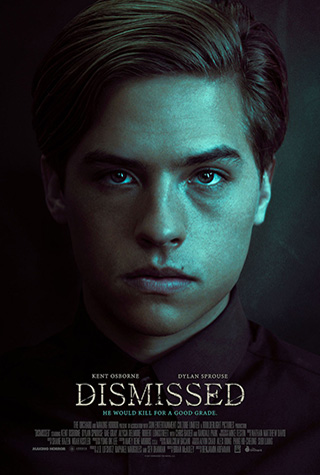