Like the more prominent “It: Chapter Two,” Spiral opens with a homophobic attack, one that is shown in all its distressing viciousness. From there, events spiral (sorry) into an eerie, menacing folk horror of cult, prejudice and scapegoating, in a manner that combines the best elements of “Get Out” and “Hereditary.” The film exposes prejudice with scalpel-like precision, within a context of drip-feed menace that steadily engulfs the characters. The end result is one of the most chilling and unsettling films of FrightFest 2019.

Set in the mid-90s, Spiral portrays same sex couple Malik (Jeffrey Bowyer-Chapman, “Dirty Grandpa”) and Aaron (Ari Cohen, “It”), who move to a new town with Aaron’s daughter Kayla (Jennifer Laporte, “West of Hell”). Aaron is a businessman and Malik a struggling writer. Both have their traumas: Malik’s is the attack that we see at the beginning, while Aaron’s divorce led to a difficult custody battle for Kayla. Like Malik, Aaron’s trauma is linked to his sexuality, as during the court battle he and Malik were described being seen as ‘unsuitable parents.’ Despite the welcoming locals, micro-aggressions and prejudices swiftly unsettle Malik, who is often left alone in the house during the day. Little is made explicit, but director Kurtis David Harder (“Incontrol”) creates a deeply unsettling atmosphere. Central to this is Malik’s increasing anguish as his search for answers lead to more questions. Slow-paced sequences in the house emphasize Malik’s isolation, while cinematographer Bradley Stuckel (“Still/Born”) captures the landscape with a frosty starkness that expresses the lack of empathy Malik encounters from the neighbors as well as his family. As the film progresses, tensions rise while love and understanding are eroded.

Not only is Spiral unsettling, but it is also heartbreaking to watch Malik’s franticness and fear as he steadily loses what he holds dear. This aspect reminds the viewer of the melancholia so crucial to effective horror. From the tormented parents of “The Exorcist” and “The Omen” to the grieving figures of “The Sixth Sense” and “The Others” to the bereaved families of “Hereditary” and “The Babadook,” fear and sadness, regret and panic go hand in hand. And for much of the film, the viewer might wonder if everything is going on in Malik’s head, as the supernatural is suggested rather than clarified, while peculiar rituals are only glimpsed at a distance and given innocent explanations. Yet Malik persists in his investigation both into the house itself and the surrounding environment, his fear and confusion escalating as he becomes increasingly aware of perpetuated prejudice and its associated violence.

As is often the case with such films, Spiral loses some power when it tips its hand during the climax and explains what is actually going on. With the mystery clarified, the dread may be dissipated, but the reveal also strikes home the film’s deeply relevant social message. Come the coda scene, this relevance, much in the mode of “Get Out,” becomes abundantly clear. Spiral is a horror chiller, but it is also a satire of social attitudes and how easily people are victimized. The targets of suspicion, exclusion and violence may change, but the underlying malevolence remains. As our world continues to be wracked with divisions along lines of race, class, belief and sexuality, Spiral is a sober and suitably chilling portrait of how cruel humans can be. 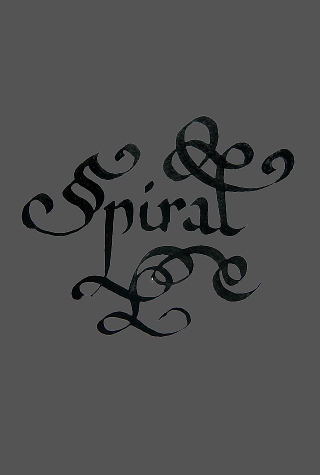