Light has not always stood for reason, or for the power of the mind. All the tropes that became common during the Hellenistic era and Neoplatonic thought, and that were later recycled during the Enlightenment (when celebration was allotted to all things Greek) had a common ancestor. Light, before that, used to stand simply for survival. Light and life bore an inextricable bond, for this was the period during which life took place. Light was life’s locus. This all happened before the Promethean theft that facilitated humans to tame darkness, to conquer the night and therefore to think that death could be cheated. Where light offered a place for survival, night meant the moment of danger.

As you can see, the relationship between light and life, and between darkness and death, is not only alliterative, but alterative as well. This relationship is explored to perfection by The Armor of Light, which opens with a quote by one of Nazi Germany’s most notable martyrs, Dietrich Bonhoeffer: “Not to speak is to speak. Not to act is to act.” These two binaries, light-life vs. darkness-death, are thus closely knit together through Bonhoeffer’s words, as the “not-to” of negation always finds its way to the “is to” of affirmation.

For evangelical minister and pro-life activist, Rob Schenck, there are hardly more suitable words. A hard-core Republican whose reputed caucus, sorry, congregation, has long included high-profile Tea Party members, he travels from the theory of theology to the action of ministry. He listened to the wakeup call of having to take responsibility for speaking out or for silently acceding to deadly practices — the speaking voice of cowardice; of acting against what he found wrong or to act according to past agreements — the action plan of tepidness.

A reputable pro-lifer, Schenck has had the virtue that very few ministers have had the grit to defend: Search within himself whenever he’s in doubt, and change course if necessary. Given that the greatest mandate of his ministry, the pillar of his preaching has always been to defend “the sanctity of life,” Schenck has had to face the consequences of some of his most heated actions, as he recognizes how they may had been conductive to the use of violence. Hence he has been able to ask himself a most reasonable question that, common sense aside, very few other Christians dare to ask: When is a Christian justified to hold a gun and fire it to take another person’s life? Searching for this answer, fighting for this answer, defines the arc over which The Armor of Life develops both as a documentary and as a work of art.

The question is further deepened with the appearance of Lucy McBath, a mother who has become the face of “Moms Demands Action,” the leading organization fighting the “Stand Your Ground” law that entered public controversy with the murder of her son, Jordan, shot and killed by Michael Dunn, a middle-aged white man whose attorney made use of this “legal” recourse as the centerpiece of his defense: A delusional form to justify self-defense.

Veteran producer and first-time director, Abigail Disney, teamed up with experienced TV director Kathleen Hughes and have produced an excellent case for activists against the second amendment, as we see how Schenck and McBath team up to fight pro-gunners — even they’re not both pro-lifers. McBath, understandably, has more than one motivation behind putting her own safety at risk in order to move her fight forward; it is the minister’s journey, however, that adds aural dimension to this case. A gifted speaker (as McBath is herself), Schenck is also a gifted listener, who, in his reconciliatory tone, listens to his congregation, to his colleagues, to his funders, and, most importantly, to himself, to find a way to approach a subject that, he knows, may very well cost him his ministry.

Such a good listener he is that he even takes a hands-on approach to the use of guns. A most powerful moment of The Armor of Light is hence produced when we see the modest minister firing one, two, three guns, each of a greater caliber, and we see his face transformed, if for the fleeting moment between shots, into that of a wrathful, vengeful man. The “certain adrenaline” he describes feeling as he holds and fires a gun, he accepts, gives him a momentary (though quite intense) feeling of ease and power. Thus spoke the bazooka.

Yet quite a great problem is the posing for himself, for he is fighting against a bond that seems as old as the Bible itself: That between the NRA and the evangelical church. Old it seems, but how gratifying it is to see what a recent bond this is, sealed by Ronald Reagan’s rhetoric and facile smile. The bond is indeed as recent as the argument that the NRA enthusiasts ([vice] presided by their plastic-faced executive vice-president, Wayne LaPierre) repeat as gospel: “The only thing that stops a bad guy with a gun is a good guy with a gun.” This 143-year-old creed has let loose the United States’ id to let it become the nation of vigilantes they believe it was when it was fought and founded. What we have today is thus a nation of self-appointed heroes exemplarily responding in their rather delusional scenarios (almost always the same: Imagine a bad guy pointing a gun to a child, etc.). Survival became here the opposite of light. “The freedom to survive” that LaPierre and his minions blindly defend and lobby for is oxymoronic (and moronic as well) since no freedom can emerge from fear. It is survival in the middle of the night, the right to not to, what they want to fight for: The freedom to be afraid.

This is Schenck and McBath’s common ground when they speak theology: “Jesus never gave anybody the right to use violence against another human being.” It is in this ground that the minister’s journey takes place, a vertical journey that gets him deeper and deeper inside his own conscience. Life, for a Christian, he notes, cannot be organized into categories, wherein some lives can be deemed dispensable (and therefore shootable) and other lives indispensable (and hence worth saving). It is paradoxical that the most worth saving lives are those of the very, very young ones, the only truly innocent in a world made of guilt and fear (the reason for which pro-life is constitutionally irreconcilable with pro-choice): Those who haven’t been born yet. It is paradoxical because youth and children have been among the main victims of mass shootings (one of the main arguments for gun control).

Schenck’s journey within is perhaps the most outstanding virtue of The Armor of Light. Although stylistically is oscillates too often between journalism and artistry, there are many perfectly timed moments to make this work worthwhile. And although McBath starts up as a co-lead only to slowly become a cast member, and although some promising subjects (i.e., her attorney, another converted against the second amendment) end up in mere promises, the slow conversion of our main subject, along with the conciseness of its narrative structure, reveal the sensitivity of two coy, if worthy, artists validating themselves behind a journalistic template that perhaps they will not necessitate in the future.

The greatest journey here explored, thus, is the minister’s as he travels to the point in which faith became toxically entangled with politics. Preaching, in this context, is degraded to lobbying, and convictions turn into contempt, this more particularly so when “you’re suspicious of the other’s motivations.” Upon perennial suspicion, one’s arrogance, the kick one gets when holding a gun in one’s hands, may dissuade oneself that it is possible to “train one’s judgement,” to be a good guy keeping the world from bad guys — a contempt that may make one to agree with rationales like “an armed society is a polite society,” thinking that one is on the polite side for saying such a thing.

The Armor of Light is courageous enough to reveal that the greatest temptation we can succumb to is the temptation of fear, solved through the temptation of the gun. Schenck himself is able to articulate this lure, as he succumbed to the temptation of simple answers, which are just like discursive weaponry, and which, “like heroin in your veins . . . relie[ves] the tension” but which, in the long-run, proves “very harmful . . . even fatal.” These answers are the kind of truths that justify a Christian (and any other person — religious affiliation notwithstanding) to shoot a gun, to take other person’s life. It is the ultimate truth that justifies the infliction of the ultimate silence. Shutting someone up by shooting them down.

Likely the greatest fear there is is the fear of admitting one’s own fallibility, but those who do that, as Schenck shows, are less likely to succumb to the use of violence — for they are not afraid to err. The recognition of one’s own fallibility is, in the words of the minister, like “sobering out” of simple answers, to get oneself into rehab by aligning to the “lamentable patience” that constitutes every faith. Truth, in this way, becomes nothing but coherence, a cohesive consistency that is a kind of honesty honing upon one’s imperfections. Safety is all about confidence, self-confidence, a trust in oneself that necessarily translates into a trust in others — however unjustified, however unreasonable this may be in real life. This is the real faith, the faith in people’s constitutional goodness in spite of the overwhelming proof there is to seriously doubt this. Perhaps one should not be afraid of being dead wrong on this one, but rather of not having had the courage to be right.

In the end, one may find many points of disagreement with Schenck, and one may thank him and the directors for it, for only in disagreement does respect arise. 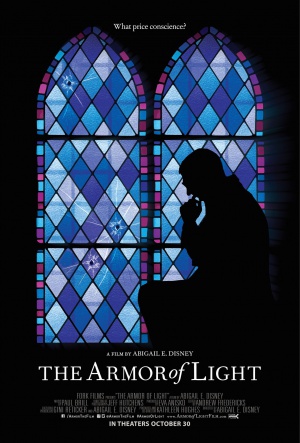