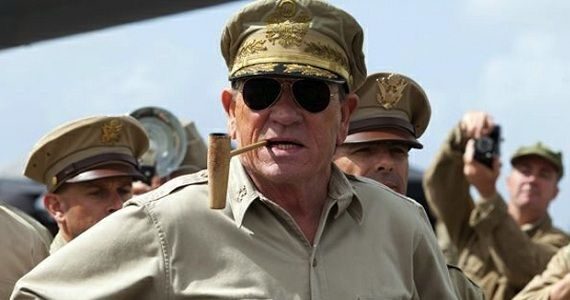 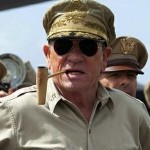 Thrust to the screen in choppy black and white footage is the deployment of the A-Bomb on Hiroshima and Nagasaki by the Enola Gay in 1945. What ensues is mayhem and the emergence of a death-gripping mushroom cloud. Next, there’s a second of deafening silence before the screen is flooded with the blustering sounds of the engines on a World War II era passenger plane. Viewers are traveling into the pit of the Pacific theater. They’re on-board with General Douglas MacArthur and Brigadier General Bonner Fellers. And with MacArthur’s corn cob pipe in full view, they set foot on Japanese soil with “good old American swagger” amidst music for the victorious.

Sadly, this two minute vignette is a chunk of approximately ten minutes that could be considered commendable screen time. Peter Webber’s Emperor had the right idea with bringing this WWII script about the investigation into Japanese Emperor Hirohito’s role in the war to life, but it just plain flat-lines. By the end, the only thing I concluded that should be investigated was how the filmmakers could actually charge someone for watching this production.

Then again, I already know the answer — someone has to pay for the services of recent Oscar nominee, Tommy Lee Jones (“Lincoln“).

He tackles the large role of MacArthur, who is as charismatic as ever in his victory and as the Supreme Commander of Allied Forces charged with reestablishing Japan on the global map (needless to say, this was only weeks after calling the shots on the country’s destruction). By his side is Brig. Gen. Bonner Fellers, played by Matthew Fox (“Lost”), the man overseeing an investigation that would determine the fate of Emperor Hirohito. The outcome Fellers was to determine was highly controversial — on the one hand, if the Emperor (seen as a God to teary-eyed Japanese survivors) is found guilty of war crimes, the country may fall into complete despair. On the other hand, if the Emperor is acquitted, many back in Washington would be upset, as they practically expected his head to be delivered on a stake to the American people frustrated with Japan’s wartime atrocities. 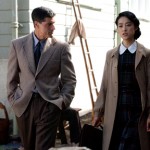 This plot certainly sounds intriguing, as such a somber era is always the forefront of so many good stories, but director Peter Webber makes it dry, lifeless and shabby. The script (based off a novel by Shiro Okamoto), while good in some parts, isn’t nearly the up to mark and seems to go nowhere for about an hour (during this time Emperor veers off course to look closer at a love entanglement between Japanese school teacher Aya Shimada (Eriko Hatsune) and Fellers). Much of the acting is no help either, as it is unnatural, constrained and hard to bear. The brunt of that weight falls on the shoulders of Matthew Fox, who, it appears, does not have the chops needed to communicate a deeply troubled man. It also didn’t help that Tommy Lee Jones’ presence made those damning observations all the more glaring.

In terms of production values, the Japanese environment — ravaged and non — was portrayed convincingly, and the editing was fairly adequate.

Let’s just say, if you can tolerate Dennis Rodman’s diplomacy interview about visiting North Korea, then I guess you can endure Peter Webber’s quasi-documentary about “Operation Blacklist.” However, if you’re looking for something that will actually stir an emotion, Emperor does not deliver — instead resort to “Letters from Iwo Jima” or “Flags of Our Fathers.” 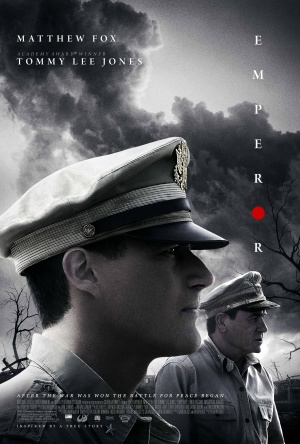