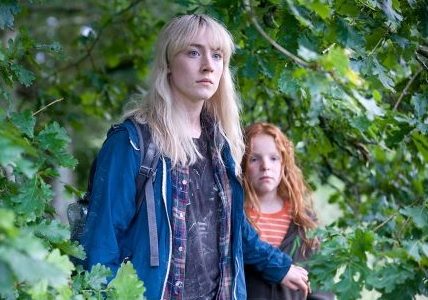 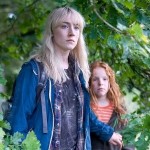 When the beautiful, young Saoirse (pronounced “Seersha”) Ronan stunned us all with a fantastic performance as the title character in “Hanna,” it was easy to believe she’d soon be taking Hollywood by storm; little did we know that what she has in talent, she unfortunately seems to lack in wise decisions. First came the latest adaptation of Stephenie Meyer’s work — a film called “The Host” that exists in relative anonymity, as well it should do — and now, it’s clear that her latest appearance in How I Live Now isn’t going to be taking her places either. While she is the saving grace of the film, it’s not enough to make it more than mildly tolerable at best.

The film is an adaptation of the 2004 novel by Meg Rosoff, and centers around Daisy, a despairing teenage girl who finally manages to let herself be vulnerable and fall in love, only to have it all ripped away by none other than World War III. If you think that sounds like a mildly ridiculous premise, you’re correct. Nevertheless, some truly fantastic creations have come from ideas even more absurd, and How I Live Now certainly had the potential to jump on the young, powerful female bandwagon (see “The Hunger Games“). But in trying to achieve a middle ground between apocalyptic action and “Twilight” inspired teenage romance, director Kevin Macdonald instead creates a poorly balanced film that spends too long on one aspect only to clumsily attempt to jump to the other. The result is a film that alienates both its older audience, attracted by the misleading depth of the trailer, and the teens, who otherwise sympathize with the angsty protagonist.

When conflicted American girl Daisy moves to the English countryside to stay with her aunt and cousins, she arrives amidst news reports of some sort of catastrophe looming. We’re never really sure what this catastrophe is, although a later nuclear detonation leads us to believe there are international conflicts of some vague nature. This ambiguity doesn’t help keep the focus on the characters and their reactions, as I suspect was intended, but instead seems like lazy writing — with three writers involved in the script it seems as though they simply couldn’t agree on one cause and so left things irritatingly unanswered. A similar obscurity clouds Daisy’s relationship with Eddie, her cousin, and by the time the children are separated from one another and Daisy resolves to find Eddie again, we’re left wondering when things ever became that serious. Perhaps it’s just the intensity of young love, but Daisy’s determination to fight her way back is nothing short of inspired. If only we’d seen a bit more of what inspired it, we might have been able to sympathize. 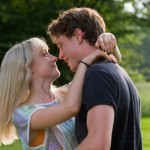 In a mismatched compilation of genres, the acting truly manages to make the best of a bad bunch; even temporarily forgetting Ronan’s involvement, child actors Tom Holland and Harley Bird have done a spectacular job of making this impossible world more believable. Credit particularly has to go to George MacKay, whose intensely serious performance stopped me from rolling my eyes at some of Eddie’s affected “tortured soul” characteristics (in all seriousness, he’s a cow whisperer). Ronan, with her inquisitive eyes and innocent yet tortured face, also particularly shines at portraying buried troubles and a depth that I’m not convinced her character even has. It’s particularly a feat given that Daisy has to be one of the most annoying, self-entitled characters to anchor a film in a while, living purely in her world of imagined problems while the others go out of their way to accommodate and include her.

How I Live Now is certainly a change of pace for Macdonald, whose previous works (“The Last King of Scotland,” “The Eagle“) revolved a little less around personal drama. If this film is his perspective on teenage girls, he must think their minds incredibly boring — the kind of boring that would make an entire nuclear war seem tedious. In the same way his visually arresting shots of peaceful life turn into overused shaky endeavors to evoke chaos, what starts as an interesting attempt to merge the realities of young lives into the chimera of warfare quickly becomes a mere assortment of clichés. 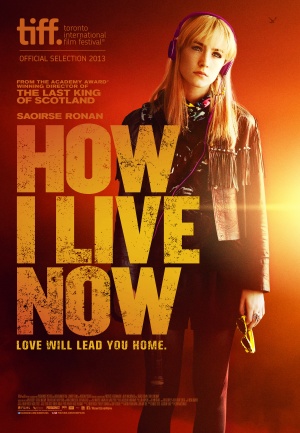