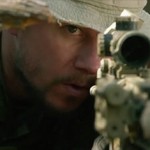 After a disastrous last outing with “Battleship,” Peter Berg, has struck gold with his latest project based on the Navy, Lone Survivor. One part “Black Hawk Down” for patriotism and one part “Saving Private Ryan,” for viscerality, it is an extremely visual, potent film that follows four Navy SEALs who are dropped into Afghanistan to capture or kill a renowned terrorist and Taliban leader, Ahmad Shah (Yousuf Azami, “Crank”).

It’s as trivial a military maneuver in hostile territory as one could imagine (especially for Navy SEALs), that is until the soldiers make contact with three goat herders atop the hill overlooking their target. Suddenly, their morality is questioned as they’re torn over whether to kill the men or let them flee back to the village to inform the terrorists of the American presence.

Their ultimate decision allows them a clear conscious but it also compromises their mission and their lives. And before they even have a chance to radio mission commander Lieutenant Erik Kristensen (Eric Bana, “Hanna”) and company to come in for an extract, the men soon find themselves engaged by as many as 100 Taliban soldiers who’ve been tipped off by the freed herders. Now, the SEALs are in it for the long haul — trying to entrench themselves in the rocks and make it to flat ground to take on the fighters, who are full of American hatred.

Many will say, myself included, that Wahlberg is nearly perfect in the role of Marcus Luttrell. As the film’s lead, he shelves his nasally, kiddie whine and commands the screen during the many chaotic firefights. What he also does — which may not be so expected — is carry the moments of tenderness equally well when he fearfully accepts help from a local who stands against the Taliban. Kitsch and Hirsch are more than serviceable and make the best of their moments of sacrifice, even though Berg (who also adapted the screenplay), doesn’t build much of a backstory for them. It’s Ben Foster who has the most charismatic performance of the team — exuding through and through the aura of a Navy SEAL. He is ferocious, patriotic and most of all loving right until the end.

The best element of Lone Survivor, however, is the stunning camera work. Using a camcorder for the frenzied up-close action on the rocky slopes and a fixed camera for the more formal scenes at the base helps to differentiate these worlds (even though they’re only a few miles from one another). Berg’s focusing in on the many wounds sustained by the soldiers may be his best move as it swells the viewer’s chest with bravado as they watch these men fight against overwhelming odds. The editing work of these shots by Colby Parker Jr. is precise allowing each frame of the 121 minute movie to tell a story unto itself. 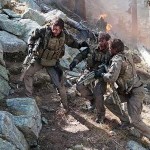 I would be remiss if I also didn’t mention the immersive sound effects. From RPG explosions to the pinging of Luttrell’s rifle to the heavy breathing caused by blood soaked lungs — the audio will make the hairs on the back of your neck stand straight up.

But Lone Survivor is not without its faults. These four heroes (as well as the supporting service men who died trying to save them) would have been served better if they were more fully developed. By investing so much energy into the altercation, Berg loses some of the tragedy by leaving these men to be more or less just the basic mold of a serviceman. And waiting until the end to humanize them in a montage of pictures to a haunting rendition of “Heroes” feels forcibly tacked on to elicit an emotional response.

Clearly, though, the patriotism here is infinite, so it’s not so difficult to want to see past this. At one point during the melee, Axelson says to himself while sniping an enemy, “You can die for your country, I’m gonna live for mine.” He — and his brothers in Seal Team 10 — most certainly did that. 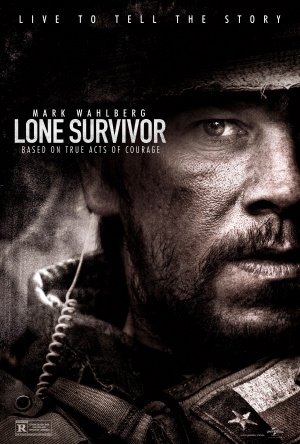