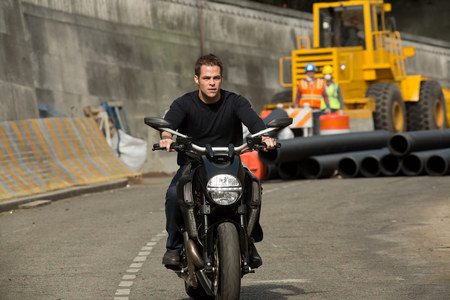 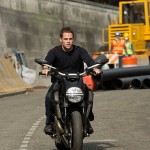 The chase is on.

It’s been 12 years since Jack Ryan has been on the big screen. Since then, Jason Bourne was introduced and conquered and James Bond was rebooted to follow suit. Now, with the Russians plotting to cripple the American economic markets, and Shakespearean director Kenneth Branagh (“Thor”) directing Chris Pine (“Star Trek Into Darkness”) as Tom Clancy’s absorbing and dynamic spy, Jack is back. But is this equation enough to spell success?

Well to an extent, yes. Jack Ryan: Shadow Recruit, while falling short of the transcendence of the Bourne films, does leave viewers on the edge of their seat for much of its 105 minute run time. And even though it is quite predictable — failing to stray even in the minutest of ways from the tried and true Hollywood formula — it is his best outing since Alec Baldwin made the characters’ debut in “The Hunt for Red October” some 24 years ago.

The film follows the titular character, who, at the movie’s start, is an American student of business at the London School of Economics. There are no allusions of his wanting to help his country. That is until he watches a newscast of the 9/11 terror attacks. Compelled to serve his nation, Ryan drops out of his PhD program to become a Marine, where he suffers a debilitating injury in a helicopter crash in Afghanistan. After a heroic recovery and hookup with a cute medical student named Cathy (Keira Knightley, “Anna Karenina”), Ryan is scouted by Thomas Harper (Kevin Costner, “Man of Steel”) and enlisted into the CIA as an analyst. His job: To monitor Wall Street transactions that could pinpoint potential terror movements.

Stumbling across some rogue numbers from Russia, Ryan soon realizes there is a plan to boost the American dollar and then make it come crashing down after a coordinated terrorist attack. The wicked brain, (that incidentally required little sleuthing to uncover) behind this operation is Viktor Cherevin (Kenneth Branagh pulling double duty), a wealthy Russian businessman ingrained in the world of Russian insider trading. So starts Jack’s switch from office worker to the field operative audiences have been accustomed to seeing as he is asked to fast track it to Moscow to dig for more data.

Chris Pine has the physical assets to pull off the necessary action sequences of a field op (a skyscraper break-in, some car chases and shootouts are some of the things he is called upon to do) even though his character’s switch to ass-kicking super-agent is a bit farfetched. But getting past his nearly instantaneous transformation, Pine is very good at making us believe — at least initially — that Jack is overwhelmed and shaky with his new role and the life and death consequences of it. It helps too that Jack Ryan: Shadow Recruit doesn’t overload with overbearing or farcical gadgets (a once staple of Bond films) instead focusing on the nimble ways of a spy, depicting each as Jack utilizes them in his effort to singlehandedly stop the fall of the western world. 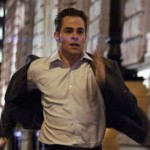 Race against the clock.

The same can’t be said about Keira Knightley, unfortunately. She struggles mightily with her American accent and doesn’t seem to serve much purpose to the film other than to look attractive and make her husband’s task all the more harder to do. Branagh as the megalomaniacal villain and Costner as Jack’s gruff mentor/handler are both serviceable in their roles although neither really make a lasting impression after the curtain rises.

Around the midway point of the movie, Harper declares to Jack, “You’re not just an analyst now, you’re operational.” Well, on the whole, Jack Ryan: Shadow Recruit is “operational” and worth a watch. There is, however, still a long ways to go before the late Tom Clancy’s franchise threatens Daniel Craig’s grittier Bond (“Skyfall” being the latest installment). At least they’re on the right track to getting Jack Ryan back into the mix. 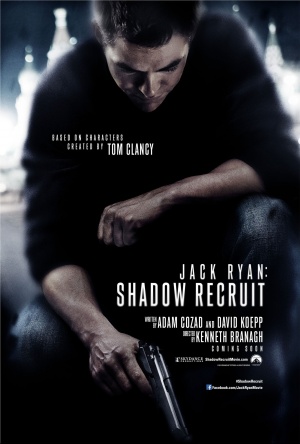