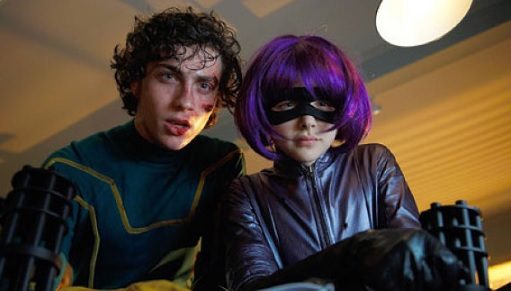 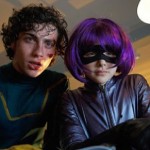 Let’s face it, the sheer existence of the numeral “2” behind any film title automatically relegates said picture to the garbage heap of cinematic experiences (see “The Hangover Part 2” and “The Smurfs 2” as recent examples). Of course, there are rare exceptions where the sequel is better than or as good as the first, such as “The Godfather: Part 2,” or “Superman II,” or “Star Trek II: The Wrath Of Khan,” but usually second installments are quickly made to cash in on a surprise hit and capture lightening in a bottle. This is no exception when it comes to Kick-Ass 2, which continues the story of a group of amateur wannabe super heroes from the graphic novel of the same name.

Three years ago, with “Kick-Ass,” director Matthew Vaughn filled theater seats with young bodies eager to see peers don capes and costumes and sock it to the baddies. The biggest attraction, however, was then 12-year old Chloë Grace Moretz, who personified the title as “Hit Girl” and dealt serious damage to men three times her age and size.

And while I was not a fan of this endeavor, nor did I think it was funny to have the little girl have a filthy mouth to go along with her deadly martial arts talent (us fathers of preteen daughters are funny that way), I judged the movie slightly acceptable because of its original story and the exuberance of the young actors involved.

Now, however, with everyone three years older, the freshness of the script long-gone, and a new director, Jeff Wadlow (“Never Back Down“), calling the shots, Kick-Ass 2 becomes just another in a long series of stale and unnecessary sequels to movies which did not deserve sequels in the first place. And while seeing a 12-year old girl wreak havoc may be interesting to some of us, viewing the same kid as a 15-year old doing the same thing just does not mean that much anymore. 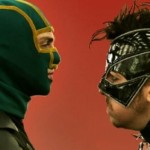 To be fair, though, I will try to describe the plot as best I can. After bringing down the local villains in the first picture, Kick-Ass/Dave Lizewski (Aaron Taylor-Johnson, “Savages”) has laid off and gotten soft, but the son of the main bad guy killed in part one, Chris D’Amico/Red Mist/The Motherfucker (Christopher Mintz-Plasse, “This Is the End“) has not forgotten and puts together a group of super baddies to gain revenge. To counter this, Kick-Ass assembles his own group, the Justice League, uh oops, I mean the Justice Forever group with some of the lamest characters ever put together for a superhero film: “Colonel Stars & Stripes” (Jim Carrey in his 142nd consecutive terrible role), “Dr. Gravity” (Donald Faison, TV series “Scrubs“), “Night Bitch” (Lindy Booth, “Nobel Son“) and the ridiculously-named “Battle Guy” (the lame Clark Duke, “Hot Tub Time Machine”).

Needless to say, the violence here is way over-the-top, the acting is well below what one would expect from such a production and the direction is practically non-existent. Ironically, the only thing worth seeing here is Moretz again, who while dishing out her own brand of ludicrous force, is still, the best actor out of everyone, including the embarrassing, cringe-inducing Carrey, who even came out before Kick-Ass 2 debuted to blast it for its matter-of-fact depiction of gore. No doubt he accepted whatever pay he was offered for participating in such stupidity, though. 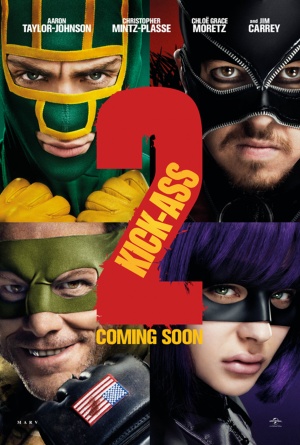