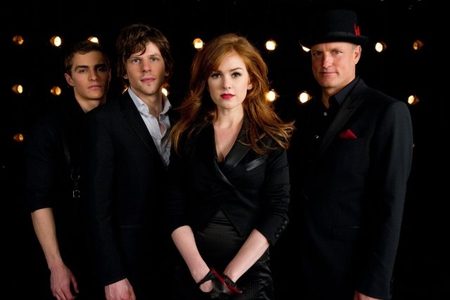 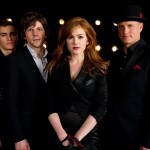 The trick to any decent film featuring magic, or an element thereof, is to walk a tightrope between being just a bit smarter than the audience (or at least SOME members of it) and not being too accessible as to reveal too much to them. It is here in Now You See Me that director Louis Leterrier (“Clash of the Titans“) struggles, but if the viewer is appropriately distracted enough, the payoff — or reveal — can still be somewhat satisfactory.

This “Ocean’s Eleven” meets “The Illusionist” hybrid is conjured around the “Four Horsemen,” a group of super magicians each with their own special ability. Daniel Atlas (Jesse Eisenberg, “30 Minutes or Less“) is a talented street performer; Merritt McKinney (Woody Harrelson, “Seven Psychopaths“), is a mentalist and a shake-down artist; Henley Reeves (Isla Fisher, “The Great Gatsby“) is an athletic professional illusionist; and Jack Wilder (Dave Franco, “21 Jump Street“) is an above-average street hustler.

Within a year of honing their skills together (brought together by hand delivered tarot cards), the group is famous enough to be sponsored by multimillionaire Arthur Tressler (Michael Caine, “The Dark Knight Rises“) and headline a sold-out show in Las Vegas. This is no ordinary David Copperfield illusion, however; the trick at this performance involves a member of the audience being “transported” to “rob” Tressler’s bank in Paris and millions of Euros being dropped atop the audience.

Enter FBI agent Dylan Rhodes (Mark Ruffalo, “The Avengers“), who teams with magic debunker Thaddeus Bradley (Morgan Freeman, “Oblivion“) and French police officer Alma Dray (Mélanie Laurent, “Beginners“) to try and find out not just how the gang pulled off this seemingly impossible sleight of hand, but also why and who is behind the effort.

It’s slow going for the investigators because at their next appearance (this time in New Orleans) the Horsemen up the ante further, somehow arranging for everyone in the audience to receive money deposited directly into their personal bank accounts. This, of course, raises the amount of incredulity in Now You See Me even higher than one could (or should) imagine as the funds for these deposits are drawn directly from Tressler’s own $140 million fortune.

Meanwhile, the bumbling Rhodes fusses, fumes and grows increasingly frustrated with his incompetence in facing these imposing opponents, cool-as-a-cucumber Dray and smug-to-the-point-of-arrogance Bradley keep following the clues as they are wantonly deposited before us by writers Ed Solomon, Boaz Yakin and Edward Ricourt. 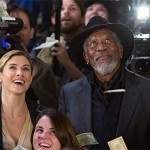 Skeptics in the audience.

The cast of Now You See Me is certainly talented enough for the story, with Ruffalo as the flustered cop, Caine as the huffing and puffing victim, Harrelson as the dopey comic relief and Eisenberg with his patented cockiness (that he exhibited so well in his Oscar-nominated turn in “The Social Network“). There is only so much they can do to keep up with the many misdirections, plot twists and break neck speed with their shallowly written characters though. Others in the troupe are workmen-like, if nothing else.

And while the concluding revelations of Now You See Me become more and more ludicrous, the buildup is still presented with a slickness that betrays the French-born director’s past enterprises. Beware, however, the closer one looks, the larger the plot-holes seem to be, the more elaborate the prestidigitations become and the less likely a reasonable or logical explanation will suffice. But by making your brain disappear, you may just find some enjoyment from this lightweight summer fare. 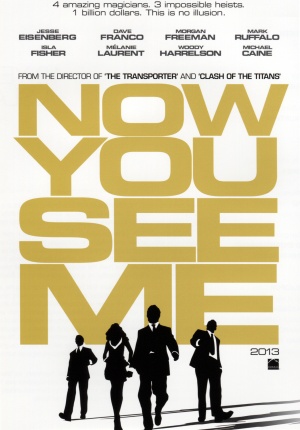