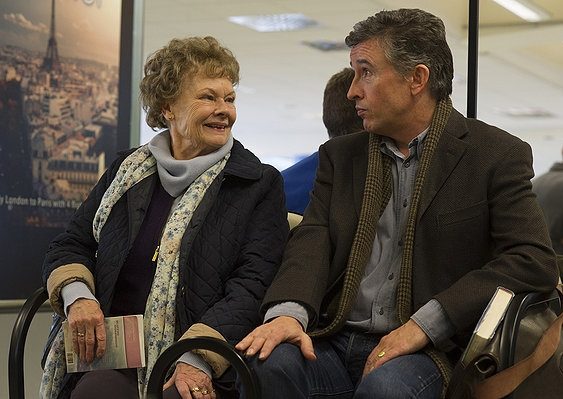 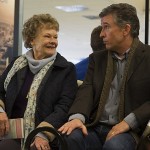 Cold and distant meets warm and fuzzy in the little Brit pic Philomena and while the odd coupling clearly adheres to the philosophy that opposites attract, the movie is really all about sentimentality with just a side of snark. That snark comes courtesy of recently fired journalist Martin Sixsmith (Steve Coogan, also the script’s co-writer alongside Jeff Pope) who carries with him a great dislike of most things and a distrust of everything else. Coogan’s usual deadpan humor is on light display here as Martin uncomfortably shuffles through a few scenes that establish such important bits and bites of characterization as his lack of faith and his disgust with human interest stories.

With these pieces in place, it’s only inevitable that Martin is about to walk straight into those two things we now know he doesn’t care for. The full package arrives in the form of Philomena (Judi Dench), an elderly Irish woman still mourning the loss of her son via forced adoption fifty years prior. This is obviously some pretty key information and the movie shows how it could be revealed in a tight, concise manner without a sea of treacle flowing through the scenes. And then it shoehorns a pitifully cheap, lazy series of flashbacks into the expository mix and brazenly opens the floodgates to release all that treacle after all.

The flashbacks, so painful, so embarrassing, are the first sign of how committed director Stephen Frears is to creating a cozy, dull experience that is mainly sweet with just a hint of sour. The dip back in time gets the movie off to an awful start, digging a hole that not even two seasoned performers like Coogan and Dench can climb their way out of. It probably doesn’t help that Philomena has a titanium hip replacement, but that’s likely somewhat beside the point. The heartstrings are being tugged vigorously at this time and the villains (evil nuns!) get their sneering, nasty introductions.

Once all these niceties are out of the way, the plot kicks off when Martin decides to cover Philomena’s story by helping her find her long-lost son. Oh yes, the treacle just invites itself now. The two embark on a journey together that’s sure to change them . . . or at least give Martin more fodder for one-liners. Early on in their journey, the investigators hit some significant snags, but one seemingly dead end in particular threatens to ruin everything. There might be a glimmer of hope in there that the story will take an intriguing, engaging path from that point on, but that’s squashed by just more scenes of conversations with strangers who have a connection to Philomena’s son.

The drab, repetitive script features the occasional line worthy of a brief chuckle, but it’s mainly just going through the motions as if it has nothing better to do. And when those aforementioned comic lines are employed, they often fall flat under the weight of their own random silliness, such as when Philomena suggests that she’s going to rent Martin Lawrence’s fat-suit comedy “Big Momma’s House” while in a hotel room. For a woman who’s played such classy, buttoned-up roles as Elizabeth I and Bond’s mentor M, there’s something pleasantly silly about seeing her embrace such nonsense, although even then, the joke is more interesting in concept than in execution.

Coogan and Dench certainly try to give this material heart and tenderness, but they’re trapped within the confines of an unimaginative, thin little script. Of course, Coogan boxed himself into this corner, so there’s no need for sympathy. All of his caustic wit is doused by the heavy flow of sap that powers its way through Philomena. Sentimentality is the hot commodity here and Frears makes sure we don’t forget it. At least grand composer Alexandre Desplat’s score isn’t cringe-inducing, proving he was a smart choice for the picture. 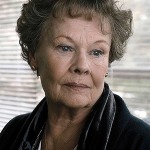 That’s about the only place I can think of applying the word “smart” to Philomena, though. We even get images of Philomena’s son from home movies, first on Super 8 film and then on videotape, the problem being that we’re privy to them while Philomena’s apparently just imagining them. None of this makes much sense in context, separating the psychological space of the protagonist from the images onscreen, so it just seems like more sappy claptrap from Frears. The footage is later proven to be real, so the only explanation for Philomena seeing any of it beforehand is that either she’s a psychic (she’s not, though) or Frears just wants to cram whatever clichés of the treacly drama genre he can into his lame little movie.

The greatest challenge with Philomena is its resiliency. It simply won’t ease back on the treacle, as if Frears, who generally is not an overly sentimental filmmaker, wants to make sure he doesn’t miss a beat of the gooey stuff. The ending looks poised to make a poignant statement about the horrors of the church and also about forgiveness. It’s a fitting marriage of frustration and decency, a promising look at questioning faith while simultaneously embracing it, but all of these ideas and ideals are just skimmed over. They’re succinct, which could work, but all of the sappiness that dominates the movie has clogged up the emotional arteries, leaving no room for dramatic honesty. And then it’s another flashback for the road. Because why not. Philomena and Frears unleash their inner Hallmark card, but I’m not buying it. 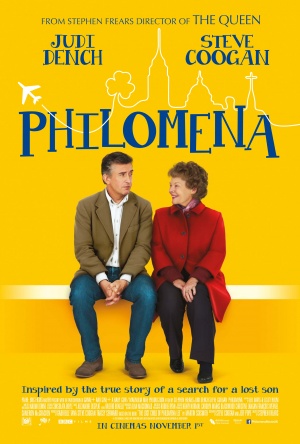