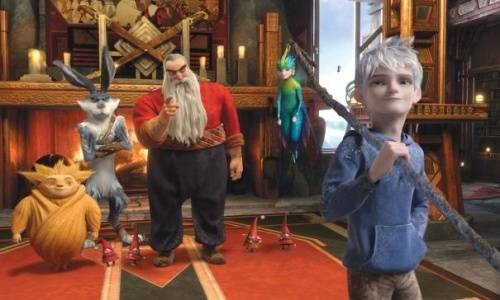 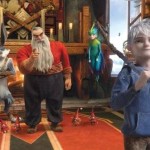 Dreamworks, which scored last year with “Kung Fu Panda 2” and earlier in 2012 with “Madagascar 3: Europe’s Most Wanted,” brings another ambitious animated film to the screen with the telling of William Joyce’s book, Rise of the Guardians. And while not as colorful or giddy as the above-mentioned pictures, this combination of “The Polar Express,” “Hop” and “The Nightmare Before Christmas” certainly rates high enough on the creative meter to receive decent marks.

Directed by Peter Ramsey (whose only other such gig was the TV movie, “Monsters vs Aliens: Mutant Pumpkins from Outer Space,” but a storyboard artist on such productions as “Men in Black” and “Fight Club“) from a script by David Lindsay-Abaire (“Robots,” and the Pulitzer Prize-winning play, “Rabbithole”), film tells the tale of how beloved characters like Jack Frost, St. Nicholas, the Sand Man, Easter Bunny and Tooth Fairy team up to try and stop the Boogie Man from stealing the dreams of children throughout the world.

On its face, Rise of the Guardians can be a cluttered, unorganized mess, but Ramsey does just enough to keep things in some kind of order. And despite a bit of a drag (even in a 97-minute running time), there is enough coherence and lucidity to keep the young ones fairly entertained while throwing mom and dad a funny one-liner or pop cultural reference or two every now and then.

The picture opens with a young man rising from the murky waters and conversing with the Man in the Moon, who duly informs him he is Jack Frost (voice of Chris Pine, “Unstoppable“). We then move to the North Pole, where Santa Claus (called “North” here for some reason, and voiced by Alec Baldwin with an accent seemingly stolen from Triumph the Insult Comic Dog) is given information that evil things are afoot. He gathers Bunny (Hugh Jackman doing his best Steve Irwin), Fairy (Isla Fisher, “Rango“) and Sandy (who does not speak) and finds out that the Moon (who also does not have any lines) has chosen the irresponsible and lackluster Frost to join the Immortal Guardians. 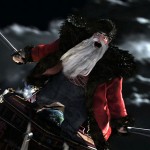 This mythical Justice League discovers that the kids’ happy nocturnal thoughts are being replaced by fear-fueled nightmares provided by the Boogie Man, or “Pitch” (look up “The Devil and Daniel Webster” to understand the meaning of this). Voiced by an appropriately sinister Jude Law, he knows that he can steal the little ones’ memories if he snatches their newly-fallen teeth, so he and his dark horse-like minions begin wholesale grand larceny of molars, incisors and bicuspids.

The plan succeeds so well, that just one child, Jamie (Dakota Goyo, “Thor” and “Real Steel“) is left to believe in the Immortals (of course this faith is supported by the fact that he also SAW them one night in his bedroom). Trying to rally against the consummate evil, as well as discover the secrets of his own past and become an actual tangible entity, Jack undergoes the typical movie hero transformation and learns that his actions have an affect on the children, especially Jamie.

Intense, dreary, gloomy and morose in many parts (perhaps too much so for those under nine), Rise of the Guardians will likely not become a particularly memorable Holiday classic, but it is certainly a noble effort of the genre. Those wishing to see the 3D version are not likely to enjoy the lighter pocketbook associated with such ventures, but the technology does acquit itself on several occasions, notably the battle scenes in which the good guys try to overcome Pitch’s forces of darkness. 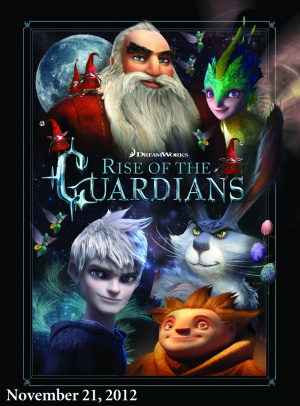