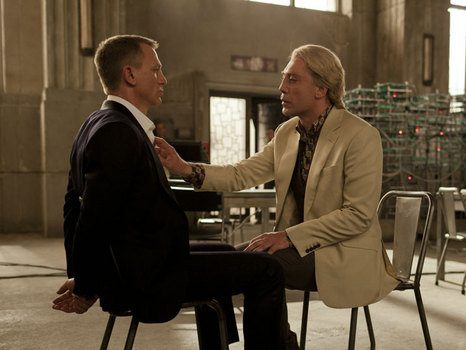 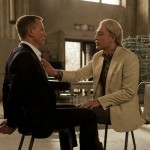 The challenge is set.

Your heart races and the hairs on your arm rise during the requisite action set piece preceding every Bond opening credit roll. Just admit it. In the case of Skyfall, it’s a foot race and a motorcycle chase through the streets and rooftops of Istanbul that culminate on the top of a high speed train that sweats viewers’ palms. But in this, the 23rd installment of the storied MI6 agent, Bond, James Bond isn’t the same man audiences are accustomed to seeing.

No, Mr. Bond is getting old (a greying beard proves it!). And like Dirty Harry before him, his tactics are becoming antiquated and frowned upon in this day and age. Nonetheless, they still work, and in Skyfall, they’re desperately needed.

Drama is high when Silva (Javier Bardem), a very angry (and fabulous) ex-MI6 agent, resurfaces looking to exact a bit of comeuppance to surrogate mom “M” (Judi Dench). His goal, by stealing a hard disk listing all NATO operatives embedded within terrorist organizations, is to shame her in the eyes of her peers and country (led by PM Mallory Ralph Fiennes) prior to ending her life. If you think that is a lot of trouble to go through when a well-aimed sniper shot would work infinitely better, you’d be right; it’s apparent early on, the seasoned writing of trio Neal Purvis, Robert Wade and John Logan wanted this story to be less about the villain and his grand scheme to rule the world (or lack thereof) and more about Bond, his relationship to “M” and the changing world around them.

There is meat to that bone to be chewed, no doubt. Through the years, the complex relationship between Bond and “M” has been adversarial at worst and understanding at best, but in the end they’ve always stood in each other’s corner. It took a bit of time for me to see Judi Dench as “M” (first took the reins 17 years ago in 1995’s “GoldenEye”) but through the years it became clear she was a great choice. In Skyfall, she’s given a lot of room to round out her “hard authoritarian outside with a nurturing inside but can’t show it” character. With her life on the line and having to swallow her pride (approving the shot that took Bond out and started this ball rolling wasn’t her best call) she opens up to regrets and lets viewers understand how incredibly difficult the life she’s chosen is. Likewise, Daniel Craig still chiseled (but supposedly out of shape by Bond standards), knows his time as Britain’s best defense is coming to a close. This becomes uncomfortably evident when he is meets the new “Q” (Ben Whishaw), a man 25 years his junior. Hard-hitting details to Bond’s backstory are disclosed at his childhood mansion in Scotland in which Kincade (Albert Finney), the family butler still resides. 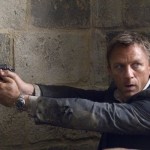 On the hunt? Or hunted?

Don’t fret though, just enough details are exposed to show Bond is a living, breathing person, not enough, however, that his super-agent, womanizing persona is diminished (two beauties — Eve (Naomie Harris) and Sévérine (Bérénice Marlohe) — land in his bed).

What director, Sam Mendes (“Revolutionary Road”) excludes from Skyfall is fast paced action and heavily choreographed fight scenes. There are a few broken bones, sure, but most of the fights end as quickly as they started and the grand confrontations pale in comparison to previous Bond flicks. What sticks out most in my memory is there is a lot of . . . running, or perhaps jogging is a better description. Running here. Jogging there. Sashaying — in the case of the oddly frightening Silva — somewhere else.

This doesn’t necessarily mean to not run out to see Skyfall. On the contrary, what it means is viewers should temper their expectations: Skyfall is a strong addition to the Bond universe — just a more emotional, less gimmicky one. 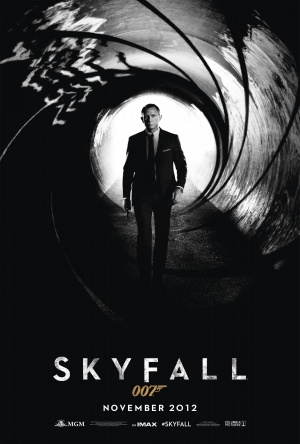